Is It Ethical to Leave Uncontacted Tribes Alone?

Easy to get lost—hard to be found: the dense canopy of the Amazon rainforest
Brazil Photos; LightRocket via Getty Images
Ideas
By Jeffrey Kluger
Jeffrey Kluger is Editor at Large for TIME magazine and the author of ten books, including Apollo 13, Apollo 8 and two novels for young adults. He has written more than 40 cover stories for TIME on topics ranging from space to human behavior to climate to medicine. Along with others at TIME, Kluger is an Emmy nominee for the web series A Year in Space.

It’s not entirely fair to say that a single hug killed 4,500 people, but it’s not entirely wrong either. The hug happened in August of 1910, when an effort by a Brazilian military engineer to lure members of the isolated Nambikwara tribe out of the Amazon bush at last produced results. The engineer had spent the previous 14 months stocking a so-called attraction front—a small outpost that included a fruit and vegetable garden and tools that the Nambikwara were welcome to take.

Finally, the chief of the tribe and six companions showed themselves. The man from the outside world embraced the man from the forest world, and somewhere in that moment, pathogens were surely passed. Three generations later, the tribe that had initially numbered about 5,000 was down to just 550 people—many of them killed by influenza, whooping cough and even the simple cold, diseases they had never encountered and against which they had no immunity.

The death of the Nambikwara has long been a cautionary tale about how best to address the matter of indigenous and isolated tribes, but it’s a tale from which anthropologists, national governments and the medical community have not always taken the same lessons. That’s a problem.

Even as forestland is shaved away by loggers and developers, and as cities and settlements encroach on the wild, an estimated 8,000 indigenous people in multiple small bands make their homes in the Peruvian Amazon. Similarly isolated groups live in the Brazilian Amazon, the mountains of New Guinea and on the Andaman Islands in the Indian Ocean.

All of those tribes have long raised the same questions: Is it ethical to mess with civilizations that have gotten on fine without help for thousands of years? Is it ethical not to intervene when 21st century medicine could treat diseases and injuries that are an unavoidable part of living in the wild? Is there more cultural condescension in offering modernity to primitive peoples or in withholding it because, well, they’re so primitive?

Part of what’s given the matter greater urgency, as laid out in a striking pair of stories in the journal Science by contributing correspondents Andrew Lawler and Heather Pringle, is the recent, curious behavior of the tribes-people themselves. Increasingly, they’ve been emerging from the Amazon and either raiding settled villages or—for reasons that aren’t clear—simply vandalizing them. Last October, when villagers living along the banks of Peru’s Curanja River left their homes to vote in regional elections, they returned to find food, pots, pans, utensils, hammocks and more stolen. The villagers were tolerant—even understanding.

“Some of them are only a couple generations removed from the forest themselves,” says Lawler, who journeyed extensively down the Curanja for his research. “They consider the tribes their first cousins and call their behavior ‘harvesting,’ not stealing.”

But other behavior is harder for them to abide. In 2013, armed members of the Mashco Piro tribe raided another village, this time mostly to smash windows, kill dogs and chickens and destroy clothes. Other tribespeople have been reported attempting to lure village people into the forest with them. “Perhaps they’re trying to increase their numbers,” says Lawler. “They need a certain number of people to be viable.”

Fear is driving some of them out as well—though in these cases they present themselves openly and seek help. Drug runners throughout Peru and Brazil think nothing of killing tribal people who get in their way, and the smaller the forest footprint gets, the more the two groups bump into each other. But leaving the forest can be as deadly as staying there.

Indigenous contact with Europeans began in 1492 and has, over the centuries, taken a massive toll, with up to 100 million deaths resulting from imported diseases. That lesson had to be learned again in the 1980s and 1990s, when official government policy was to lure the tribes out, to, as Lawler puts it, “get them to settle down and become good, contemporary people.” But infections and deaths again resulted.

The broadly accepted solution—a sensible one—is to make some modern goods available at attraction fronts, but only very limited ones. Pots, pans and tools can be both harmless and helpful. Flashlights, on the other hand, which can be awfully convenient in the wild, also contain toxins in their batteries and are broadly disruptive for cultures that have long since developed ways to deal with day-night cycles.

Goods that go from body to body should be entirely off-limits. Lawler spoke to Peruvian villager Marcel Pinedo Cecilio, 69, who was born in the forest but later emerged. Cecilio recalls his first contact with an outsider—thought to have been an ethnographer and photographer—who left the villagers with a gift of a fishbone necklace. Shortly thereafter, much of the tribe came down with a sore throat and fever and 200 of them died. In the 1980s, up to 400 Peruvian villagers died from passing contact with crews of Shell oil company workers.

Routine care of illnesses and treatment of injuries could be a boon, though for safety’s sake they would best be delivered by select groups of well-vaccinated field workers staffing small care stations. The workers could also offer vaccines against the most common illnesses that strike the tribes—typically respiratory diseases—to protect them against chance encounters in the future. Tribes are also unusually susceptible to eye infections.

But the sensible solutions are not easy to implement. This year, funding for FUNAI, the Brazilian federal agency that is responsible for indigenous peoples, was only 2.77 reais ($1.15 million), which was just 15% of what the agency requested, according to Pringle. Last year, FUNAI reported that it need 30 frontier outposts to do its work, but it was able to support just 15.

Official obtuseness is another part of the problem. In 2007, then-Peruvian President Alan García denied that uncontacted tribes-people exist at all, claiming that they are a fabrication of environmentalists bent on halting oil and gas exploration, reports Lawler. The head of the state-owned oil company echoed García, declaring it “absurd to say there are uncontacted people.” His argument: no one has seen them—which is pretty much what “uncontacted” is supposed to mean.

Nobody pretends there are easy ethical, medical or cultural answers to the problems, but nobody pretends things can go on the way they have either. When a population has crashed from many millions to several thousand, it’s clear which way the trend lines are pointing. The disappearance of uncontacted tribes may mean that policymakers can at last stop worrying about them—but it will also mean that the rest of humanity will have to begin mourning them. 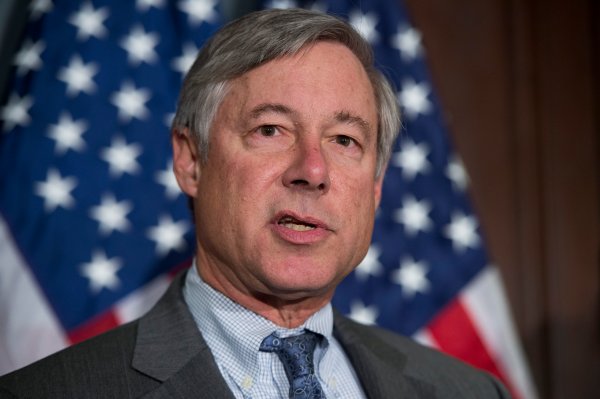 Rep. Fred Upton: How to Breathe New Life Into America's Health-Care System
Next Up: Editor's Pick