Are Hospitals the Safest Place to Give Birth? No Question!

Ideas
By Dr. Amy Tuteur
Dr. Amy Tuteur is an OBGYN and the author of the forthcoming book, Push Back: Guilt in the Age of Natural Parenting.

Dr. Neel Shah has written two pieces on the safety of home birth. The first, A NICE Delivery — The Cross-Atlantic Divide over Treatment Intensity in Childbirth, appears in The New England Journal of Medicine; the second, Are hospitals the safest place for healthy women to have babies? An obstetrician thinks twice was published on The Conversation website.

Dr. Shah is also the Founder and Executive Director of nonprofit organization Costs of Care, Inc., which aims to “[trim] the fat out of medical bills – replacing or rejecting services that eat into our wallets without making us healthier.”

The real question Dr. Shah appears to be asking is: are home births safe enough that we should save money by encouraging them? He notes that the United Kingdom has made the decision that they are.

In June 2013, Grunebaum et al. demonstrated that home birth increases the risk of a 5 minute Apgar score of zero by nearly 1000%.

In January of 2014, Wasden et al. demonstrated that the risk of anoxic brain injury is more than 18 times higher at home birth than comparable risk hospital birth.

So Dr. Shah’s question has been repeatedly asked and answered: In the US, hospital birth is incontrovertibly safer than home birth.

Are out of hospital births really cheaper than hospital births? The fee for giving birth outside a hospital is much lower, but that’s not the only cost. What is the cost of transport and how does that add up when more than 40% of first time mothers are transferred to the hospital and then incur hospital fees as well? And most importantly, what is the cost of caring for a brain injured child who might have avoided the injury in the hospital? Each one of those children may incur millions of dollars of care over a lifetime.

Is home birth safe enough? Hospital births are like seatbelts. Most of the time you won’t be in a car accident so you don’t need them; but when you need them, they save lives. Just like failing to buckle your child in on a drive to the store in unlikely to result in that child’s death, home birth is unlikely to result in the death of a child. But over large populations riding in cars repeatedly, routinely buckling seatbelts saves thousands of lives. When it comes to home birth, each mother must decide whether she is willing to tolerate the risk to her baby of dying at home birth, a risk that is higher than the risk of that baby dying in a car accident.

The majority of American women with straightforward pregnancies are far better off in hospitals and it is unfortunate that Dr. Shah did not share the scientific evidence that makes that clear.

Dr. Amy Tuteur is an obstetrician gynecologist and writes at The Skeptical OB. 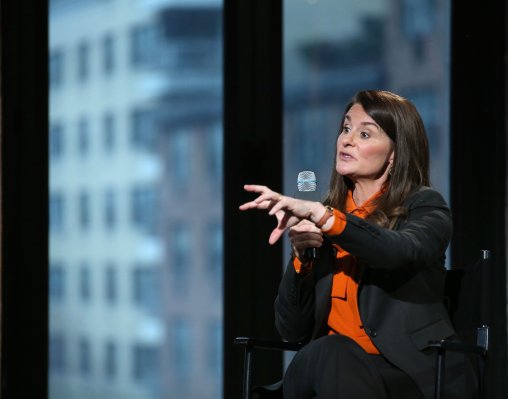 How the Gates Foundation Aims to Cut Childhood Mortality in Half
Next Up: Editor's Pick