In the sixth season premiere of Comedians in Cars Getting Coffee, Jerry Seinfeld and Elaine Julia Louis-Dreyfus have a mini Seinfeld reunion when the latter hops into Seinfeld’s car to grab some coffee. And not just any car: a 1964 Aston Martin that is, as Seinfeld puts it, “dapper, distinguished, deadly,” yada yada yada. More importantly, Seinfeld’s driving the model because, he explains, Louis-Dreyfus is “the James Bond of comedy.”

During their expedition, the two run into Hilary Swank, do plenty of reminiscing about Seinfeld—”Remember this?” Seinfeld repeatedly asks as he gives Louis-Dreyfus several hugs—and stop, not just for coffee, but for a meal. Stick around to hear Louis-Dreyfus talk about her week spent scooping ice cream for an 18-year-old who looked 40, Seinfeld contemplate whether to ask for hotter coffee, and Louis-Dreyfus pause their trip down memory lane to ask Seinfeld’s wife about how to better shop on Net-a-Porter.

“And by the way, thank you for training him to become a human being,” she tells Seinfeld’s wife, Jessica. “You’re really making me miss the show now,” Seinfeld jokes in response.

Check out the full episode above. 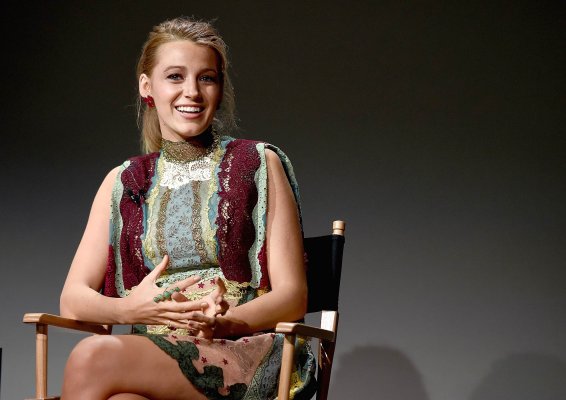 Blake Lively on Her First Year of Preserve: 'The Site’s Not Close to What I Want It to Be'
Next Up: Editor's Pick