Box CEO Aaron Levie has thrown his support behind presidential candidate Hillary Clinton as the 2016 race kicks into gear.

Levie, the 30-year-old founder of the recently-public company, has agreed to host a fundraiser for the Democratic frontrunner.

Levie, who was busy building his “cloud” data storage business back in 2008 the last time Clinton ran, told Reuters that this year’s election is a big one for the tech sector. The stakes are high given that issues such as improving the patent system, securing visas, and protecting privacy rights directly affect his business and others in and around Silicon Valley.

At the same time, candidates know they need the cachet that tech elites can bring — and their dollars. Clinton’s campaign has been courting technology leaders such as Levie who would potentially help support her run for the top office.

“Young, innovative entrepreneurs are key to growing and strengthening our economy,” a Clinton spokesperson told Reuters.

Some big-name leaders in the industry are already involved in politics, such as Twitter’s CEO Dick Costolo, who supports Democratic candidates, and Facebook’s CEO Mark Zuckerberg, who has given money to both sides of the aisle.

Others, however, are less thrilled to throw their support to either side in the race. Venture capitalist Mark Andreessen, who supported Mitt Romney during the 2012 presidential campaign, told Fortune that given the choice “between the anti-science party and the anti-economics party,” he’s “highly tempted to sit this one out.” 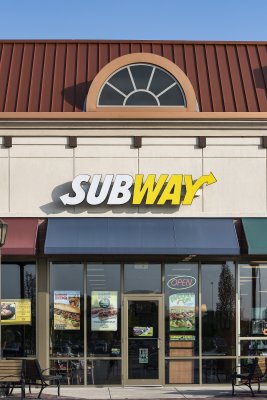 Subway Is Dropping Artificial Ingredients
Next Up: Editor's Pick