The Long, Tortuous History of the U.S. and the Metric System

On Wednesday, when former Rhode Island Gov. Lincoln Chafee announced his bid for the Democratic presidential nomination, his remarks on the occasion contained some of the usual sentiment about the importance of being a bold and inspiring nation—but they also contained something a bit unusual. “Here’s a bold embrace of internationalism: let’s join the rest of the world and go metric,” he said. “I happened to live in Canada as they completed the process. Believe me it is easy. It doesn’t take long before 34 degrees is hot. Only Myanmar, Liberia and the United States aren’t metric and it will help our economy!”

If history is any indication, however, switching to metric is not as easy as Chafee made it sound. (Not even in Canada: in one remarkable 1983 incident, an Air Canada flight ran out of gas and had to crash land when a new metric-calibrated plane was refueled by a ground crew used to working with pounds rather than kilograms.)

And Chafee isn’t the first to suggest the switch. In fact, U.S. politicians and advocates have been trying to introduce the metric system for pretty much as long as the country has existed: none other than George Washington himself suggested that the new United States use the then-newfangled French system that became the metric system. Congress however, not the President, has the power to set the country’s system of measures; Washington’s suggestion went nowhere, largely because England didn’t use metric and that was whom the nation had to trade with.

It was in 1866 that the use of metric weights and measures became legal though not standard in the U.S. and, as TIME pointed out during a later debate over the metric system, some non-metric measurements are actually officially defined by the metric system (a yard, for example, being a specific percentage of a meter). Many industries and sciences used the metric system, and, like Chafee does today, men of the turn of the century—like Elihu Root, Thomas Edison and John Pershing—argued that switching would save the U.S. both money and time.

In 1924, the first Pan-American Standardization Conference was held in Peru, and future president Herbert Hoover, then the Secretary of Commerce, voiced his support for the idea. “It may well be set forth, as a truism, that it is impossible to maintain proper standards of ethical conduct throughout business and industry without a proper background of recognized physical standards of quality and quantity,” he said.

Two years later, Congressman Fred Albert Britten of Illinois introduced a metric-standards bill. The idea was to keep the American standard names for units of measure but adjust their amounts to equal their closest metric counterparts. As TIME explained back then, the so-called World Quart Bill “proposes to make standard throughout the U. S. the metre (world yard), the litre (world quart) and the one-half kilogram (world pound). The world yard and world pound are about 10% greater than our present measures, and the world quart about 5% greater than our present quart.”

But the Britten Bill was not without opponents. In March of 1926, when the bill came up for debate, the House confronted what such a switch would actually entail. It would be “chaos in industry,” TIME reported: ” Grocers would have to get new scales, new measures (to take the place of peck, bushel, quart); housewives would have to alter their recipes to fit metric units; gas meters, water meters, tape measures, yardsticks would all have to be altered or replaced; measuring machines on counters would have to be reconstructed, new machinery devised for folding goods by meter instead of the yard…” According to A History of the Metric System Controversy in the United States by Charles F. Treat, the bill died in the Committee on Coinage, Weights and Measures; though advocates tried to find other ways to move the issue forward, no progress was made.

The next time the metric system made headlines was in the 1970s—and by that time, the tide seemed to have turned, as TIME reported in June of 1975:

Americans might be surprised to learn the bill passed both Houses of Congress. On signing it that December, President Gerald Ford noted George Washington’s place in the metric story and commented that “our continued use of the English system of measurement was making us an island in a metric sea.” However, he cautioned, the public would have to pick up where Congress left off. The conversion specified in the bill was voluntary; actual use of the units would be the real test.

A decade later, TIME noted some change had, in fact, occurred—though mostly unnoticed: “From computer parts to cosmetic creams, American goods are increasingly designed and packaged in metric units. So smoothly has this transition been accomplished that consumers now routinely buy wine in 1.5-liter bottles and drive cars that clock speeds in both miles and kilometers per hour.”

But, by 1987, it was clear that the shift had stalled out. The Commerce Department’s metric board had been dissolved, and the budget for the remaining metric office cut. Some multinational corporations stuck with it, but most consumer-facing use of metric had been abandoned. “These days, conversion to metric is just a vaguely unpleasant memory for most consumers,” TIME noted. “The highway signs are largely gone, and the pumps dole out gas mostly by the gallon again.”

Which brings us to Lincoln Chafee, who wants to take up the metric banner once again—though, as the Atlantic‘s Yoni Appelbaum points out, he ought to know that idea won’t go down easy:

Read more about the 1970s fight for the metric system, here in the TIME Vault: Think Metric 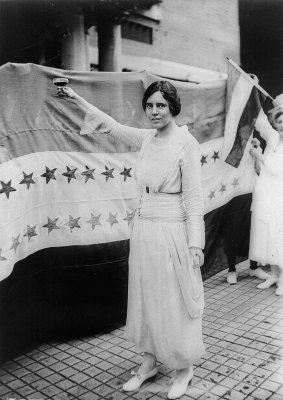