Miss Piggy: Why I Am a Feminist Pig

This week moi is being honored — and deservedly so — with a Sackler Center First Award from the Elizabeth A. Sackler Center for Feminist Art at the Brooklyn Museum. Isn’t it wonderful? Isn’t it about time?

Now for those who haven’t been paying attention to moi’s massive media blitz about this accolade: the prestigious Sackler Center First Award is presented to women who have broken barriers and charted changes in all disciplines and areas. Past honorees include Associate Supreme Court Justice Sandra Day O’Connor (ret.), Toni Morrison, Jessye Norman, Susan Stroman and Julie Taymor, to name just a few. I am thrilled to be in such esteemed company. And needless to say, they are thrilled to have moi!

Some Internet opinion givers may question whether moi deserves such an honor. After all, some might say moi is just a mere Hollywood celebrity who cares more about her appearance, her star billing and her percentage of the gross than about women and women’s rights.

To which I can only respond: “Oh yeah!?!” By which, of course, I mean that moi is now and has always been an ardent feminist and champion of women’s rights.

Moi is all of these things.

As a young woman born on a farm, I was told that my life would be nothing but mud, sweat and tears … and the occasional trip to the 4-H fair. Now that may have been enough for some, but not for moi. I refused to accept someone else’s definition of my life and my future. I knew there was something bigger and better out there — and that I could achieve it if I never, ever gave up. Thanks to grit, fortitude, perseverance, the inspiration of other great feminists and the aforementioned karate, I did in fact achieve those dreams. Today, I live in Hollywood, where there is still a lot of mud, sweat and tears, but the hours and compensation are much more attractive.

Another reason some refuse to consider moi a feminist is that I do not fit the popular image of a feminist.

It’s true, I did not march in women’s-rights parades down Fifth Avenue in the early 1970s. (That was long before I was born.) However, today, in solidarity with my feminist foremothers, I go shopping on Fifth Avenue whenever possible.

And it is true, I did not burn my bra. Was this a political statement? No, it was simple common-sense economics. When one pays top dollar for intimate apparel like moi does, setting it ablaze is wasteful, improvident and highly incendiary.

And yes, it is true that I am a Porcine American. How can a … ahem, pig … be a feminist? After all, the p word has long been associated with the very antithesis of feminists “male chauvinist.” This, alas, is a vestige of latent “species-ism.” Sure, there are male chauvinist pigs, but there are also male chauvinist humans and, on very rare occasions and at their own peril, male chauvinist amphibians. Let us not besmirch an entire species because of the sins of a few.

So, now that I have dispatched the naysayers, moi can accept this Sackler Center First Award with my head held high and my feminist bona fides affirmed.

Yet one last question remains: What is the future of feminism? The answer is obvious — feminism’s future must be proud, positive, powerful, perseverant, and, wherever possible, alliterative. It must believe in itself, share its triumphs, overcome its setbacks and inspire future generations. 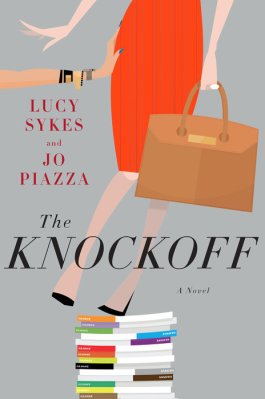