Here's a New Way the Ultra-Wealthy Are Hurting America

More than five years into an economic recovery, a lot of Americans still don’t feel like they’ve made up the ground lost since the last recession, never mind getting ahead. As it turns out, the wealthiest Americans feel the same way. That’s a problem for the rest of us because they’re pretty much the only ones who have any money to spend these days, and when they don’t spend, the entire economy slows to a crawl.

The math isn’t hard to figure out: Consumer spending makes up about 70% of GDP (it was 71% in 2012, according to the Bureau of Labor Statistics), and the richest 20% of Americans are responsible for roughly 40% of consumer spending, according to Pam Danziger, president of Unity Marketing, a company that studies the luxury market. So when that top tier pulls back, it has outsized repercussions.

“That’s smart for them, but it’s certainly not good for the economy,” Danziger tells Bloomberg in a recent article. She calls this segment the HENRYs, which stands for “high earners, not rich yet.” These people pull down a decent paycheck, but they might not have the kind of home equity, investment portfolio or other markers of net worth to feel truly rich.

This might sound a little ridiculous; after all, we’re talking about households with incomes of around $111,000, compared to a median household income in the United States of just under $52,000 in 2013.

But as social scientists Mark Rank and Thomas Hirschl point out in an NPR article, just because you crack that top income tier in one year doesn’t mean you’ll stay in that coveted bracket. Maybe you lose your job or switch to a lower-paying but less stressful job. Maybe you or your spouse stops working for a while to raise kids or provide caregiving for an elderly parent. These are all pretty typical reasons for income to fall, but they gnaw at the confidence of these high earners. And many of these families in coastal cities like New York or San Francisco where the cost of living — especially housing — is so high that they’re still just treading water, even a six-figure income.

This adds up to a dynamic that just isn’t sustainable, some economists say. “As of February 2015, core retail sales per person still stood 14 percent below their pre-recession trend, costing retailers $51 billion in February 2015 alone,” a March report by the Center for American Progress warns. Instead of focusing on the rich, it says, policymakers and companies should seek ways to shore up the struggling middle class and restore their earning power. 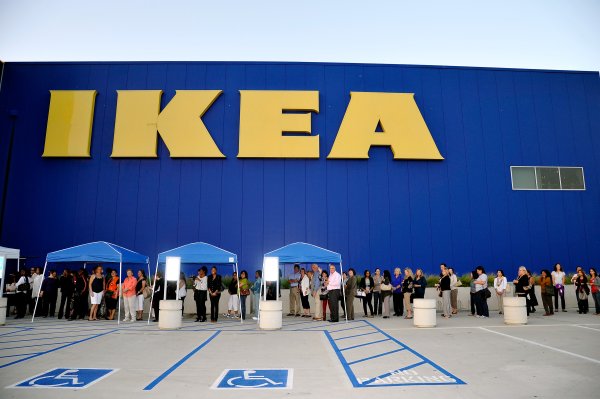 Here’s How IKEA is Fighting Climate Change
Next Up: Editor's Pick