In the past few years, violent crime in the U.S. fell to its lowest level since 1978. The culmination of an almost 40-year decline, the drop was celebrated as a product of America’s urban revival. But a recent rise in homicides in U.S. cities is raising new questions about how to prevent violent crime at a time when many police forces are moving away from heavy-handed tactics.

In New York City, homicides are up 15% from last year. In Atlanta, they’re up 48%. Homicides in Chicago have increased 18%, while murders in St. Louis rose in April by 82% from the year before. Crime tends to increase in warm weather, when more people are outdoors and out of school–and the spring has been warmer than usual. But that doesn’t explain the crime spurt many cities are now experiencing.

Some law-enforcement experts cite the fraught relationship between cops and the public following the spate of deadly police shootings and the protests they spawned. They say less-aggressive policing strategies–like NYC’s move away from stop and frisk–may have empowered criminals. “It is reasonably clear that increased police-community tensions related to controversial police shootings have contributed to the increases,” says Richard Rosenfeld, a criminologist at the University of Missouri at St. Louis. “But that doesn’t explain why some cities are up and others are not. Local factors matter.”

Dallas and Philadelphia, for example, are still experiencing near record lows in violent crime. The local and national issues converge in Baltimore, which was rocked by riots after Freddie Gray died in police custody on April 19. The city had 43 murders in May–the most since 1971 and double the recent average for the month. Arrests, meanwhile, have plummeted since six officers were indicted in Gray’s death.

That suggests a new factor. “It’s different now,” says Peter Moskos, a John Jay College of Criminal Justice professor and former Baltimore police officer. “Cops are saying, If we’re going to get in trouble for well-intentioned mistakes, then f—it, I’m not working.” Whether that mind-set endures could help determine if the recent crime increase marks a new era or just a blip. 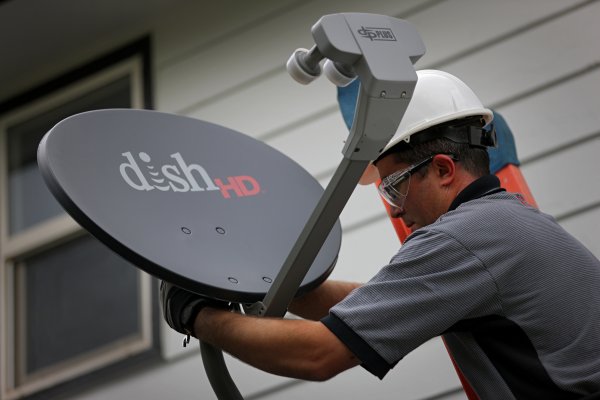 T-Mobile and Dish Network Reportedly Near Merger
Next Up: Editor's Pick