Gluten on trial
Bartholomew Cooke for TIME
By Siobhan O'Connor

Ten years ago–before “gluten-free” exploded into a nearly $1 billion U.S. market, before celebrities claimed that the diet was the cure for all their ills and before books like Dr. David Perlmutter’s Grain Brain and Dr. William Davis’ Wheat Belly topped the best-seller list–I learned that my croissant habit was making me sick.

I’m among the 1% of Americans with celiac disease, which is not technically an allergy but rather an autoimmune disorder. It means my body sees the protein in wheat, rye and barley as an invader, triggering an immune reaction that attacks not only the ingredient but also my small intestine. The effect of accidentally ingesting gluten varies; for me, it’s usually a combination of knife-sharp intestinal pain, embarrassing rashes, insomnia and something I call “science belly”: it looks as though someone has performed a lab experiment inside my suddenly outrageously distended stomach.

Of course, celiacs–83% of whom are undiagnosed and therefore probably not gluten-free–make up a tiny portion of the people currently abstaining from those grains. A 2014 report found that nearly half of people buying gluten-free food do not think they’re constitutionally incompatible with gluten, and almost none of them are celiac. Another report, from 2013, found that gluten-free appeals to as many as 30% of Americans. While it’s unlikely that 100 million Americans are in fact eating that way, it suggests there are a lot of people out there experimenting by choice with their diet.

It’s currently fashionable to poke fun at them. But depending on what they’re adding and subtracting from their diet, they could be making smart choices. Nutritional science tells us that cutting out the majority of the wheat-based foods at the grocery store–crackers, cookies, gloopy sauces, “whole wheat” bread–is a sound move from a health perspective. That’s not because those foods contain gluten, mind you; it’s because they’re garbage–empty calories, from a nutritional point of view. Despite this, there is a baffling backlash against the millions of Americans who choose to avoid gluten. Why all the outrage?

That outrage is the starting point for two recent books on the topic, Grain of Truth, by the investigative reporter Stephen Yafa, and The Gluten Lie, by religious-studies professor Alan Levinovitz. Dismayed at the proliferation of gluten-free everything, both Yafa and Levinovitz attempt to get to the bottom of the latest fad diet. Yafa tries to figure out if his gluten-free wife and the countless Americans like her are onto something; Levinovitz sets out to prove it’s all just delusional nonsense.

Yafa was inspired by a goofy anecdote from his spouse. She comes home from a session with two ayurvedic practitioners who tell her she has “gluten neck.” He’s waiting for the punch line when he realizes the woman he loves is about to cut out most grains altogether. Yafa, a self-described obsessive journalist (and lover of bread), goes looking for answers.

He gathers the most recent data, which shows that up to 6% of the nonceliac population may have a true sensitivity to gluten. He’s not sure his wife is among them, but he explores the question with surprising sincerity. Humans have been eating wheat for 10,000 years, he knows, but he wonders if there’s anything to the theory that the way we process wheat has made it harder to digest for some people’s still somewhat primitive intestines.

Yafa visits a plant that can bang out 750 fluffy buns in a minute, plus 150 loaves of bread. He wonders about the efficiency-nutrition trade-off and finds, as one does when one looks into such things, no satisfying answers. In fact, that’s the case throughout the book, which is not a failing of Yafa’s but the book’s greatest strength. Yafa doesn’t get sidelined trying to answer the unanswerable. But he also doesn’t throw up his hands and say that, absent proof, it’s all hooey.

Nutritional research is a very tricky business, mainly because it’s impossible to study a single nutrient in the human body while controlling for all the other factors that might be responsible for a perceived or measured health effect. Diet studies are often observational: follow lots of people for a long time, see what happens to them, and then look for associations between their diets and their health outcomes. Complicating things further, the results are often based on people’s recollections of their meals. Do you remember what you ate for lunch last Tuesday? What about three Fridays ago?

Compelled by the characters he meets–scientists, bakers, businesspeople–Yafa also considers that there may be truth to the oft-whispered rumor among the gluten-sensitive that long-fermented sourdough may be the solution to some of those stomachaches (though perhaps not to “gluten neck”).

Long-fermented wheat will almost certainly be the subject of more research. For now, it’s the kind of bread Yafa has settled on for himself. Over time, his wife came around too. I’m sure the bread is delicious, but Yafa also lets it stand as a metaphor for slower food–and food as pleasure. As an appendix to Grain of Truth, he includes his family’s sourdough recipe along with a photo of him and his wife holding up a loaf the size of their faces.

Levinovitz’s Appendix to the Gluten Lie is something else altogether. He closes with two parody chapters of a fad-diet book, only this diet isn’t about the food you eat but the plastic containers you store it in. He calls it the UNpacked Diet, and across more than 55 pages–about a third of the length of the rest of the book–he pokes fun at the shoddy science that is the basis of a diet he invented.

It’s a fitting end to the book, because despite the name, The Gluten Lie is not really about gluten. It’s about our one-at-a-time demonization of individual foods or nutrients: MSG, fat, salt, sugar. He issues a deserved smackdown of shame-based diet books while also arguing that gluten is the latest in a long line of foods to get needlessly shrouded in a kind of religious “dietary demon” sentiment.

Levinovitz teaches religion, and he’s more convincing when he’s tracing odd diets throughout history than when he’s unpacking scientific studies. He writes, for instance, of Taoist monks who, 2,000 years ago, believed they would live forever if they stopped eating five particular grains. He also looks at the intersection of faith and food, arguing that there’s something comforting but irrational about voluntary restrictive diets. His point is that whether you’re gluten-free or no-sugar or you think MSG gives you headaches, it’s the power of belief–not the diet–that creates the benefit.

It’s an interesting idea, but it has limits. Consider the reality that many people truly don’t know what they should be putting in their mouths three times a day. Consider, too, the prevalence of digestive problems and the fact that most food allergies and sensitivities are undiagnosed. As a health editor and a person with celiac, I probably spend an above-average amount of time fielding questions about food and hearing people’s I-wouldn’t-even-tell-my-best-friend tales of gastrointestinal distress. So when Levinovitz writes that “anxiety about what you eat can produce precisely the same symptoms linked to gluten sensitivity,” it seems he’s missing a piece of the puzzle. I would argue–even if, pesky science, I can’t prove it–that many people who feel terrible or tired or achy after they eat probably don’t feel that way simply because they’re anxious.

Levinovitz seems to think that when it comes to a sane diet, everything you read is a lie, so listen to … no one? Or perhaps we are meant to listen to him. Levinovitz leaves the reader with two pieces of advice. First, “Whenever you eat, your time must be undivided.” Meaning no burritos while driving, no Chinese takeout in front of the TV. Second, “Make sure four dinners a week take at least 30 minutes to prepare and 20 minutes to eat.” The rest of the time, eat whatever you want.

That’s good advice, and not far from Yafa’s comforting sourdough conclusion. But while both books add to the conversation around gluten paranoia, we’re still a long way from definitive answers about whom gluten affects and why. As for me, I’m stuck with this diet for life, comforted by the fact that food doesn’t make me feel sick anymore–even if I still miss those croissants. 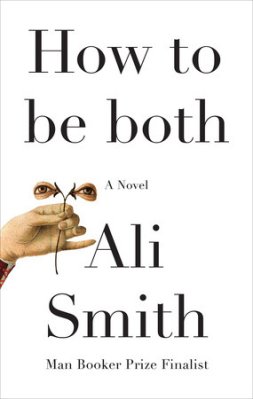 How to Be Both Wins the Baileys Women's Prize for Fiction
Next Up: Editor's Pick