Marion "Suge" Knight appears in court with his lawyer for a preliminary hearing at the Criminal Courts Building in Los Angeles on April 8, 2015.
David Buchan—Getty Images
By Abid Rahman / The Hollywood Reporter

Marion “Suge” Knight is being sued by the widow of Terry Carter, the man he ran over and killed in his pickup truck, with Dr. Dre and Ice Cube named among the defendants in the wrongful death lawsuit.

Lilian Carter filed the lawsuit in Los Angeles on Wednesday against Knight, the controversial rap mogul, as well as rappers Dr. Dre and Ice Cube and Universal Studios, the latter three parties for failing to provide adequate security and negligence on the set of the upcoming film Straight Outta Compton.

The lawsuit alleges that Universal was negligent by continuing to film in and around Compton, knowing that Dr. Dre and Knight had been feuding for years. Despite warnings from Dr. Dre to the security team to keep Knight away from the production, he was still able to appear on set. The suit also alleges that Universal was negligent in its hiring of Cle “Bone” Sloan as an adviser on the production. Sloan’s altercation with Knight in the fast food restaurant parking lot immediately proceeded the incident that led to Carter’s death.

The Hollywood Reporter has reached out for comment from Universal and reps for Ice Cube. 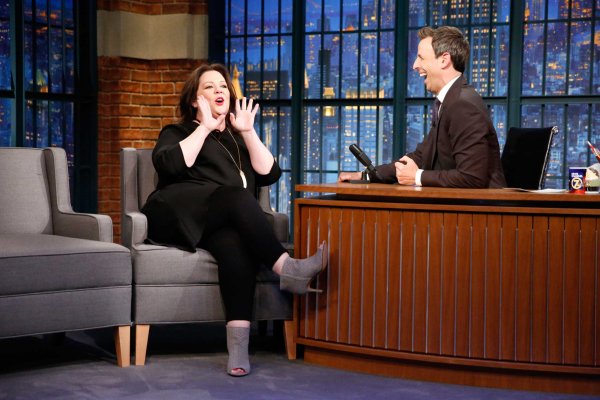 Melissa McCarthy Hurt Herself in the Most Ridiculous Way While Filming Spy
Next Up: Editor's Pick