South Korean authorities confirmed the existence of five new cases of the potentially fatal Middle East Respiratory Syndrome (MERS) on Thursday, as hundreds of schools around the country closed to help stem the virus’ spread.

According to the Wall Street Journal, South Korea’s Ministry of Health said that two of the new patients did not have direct contact with the country’s original MERS carrier, spurring fears that there may be more undetected cases afoot.

To date, the virus has killed two people, infected 35 and pushed public-health officials to quarantine more than 1,300 others.

Authorities shuttered more than 700 schools across the country this week to help halt the spread of the virus.

“A mass cancellation of this scale is very unusual,” a spokesperson from the Korea Tourism Organization told the news agency. “Many travellers cited the MERS outbreak as the main reason.”

According to the World Health Organization (WHO), South Korea’s “patient zero,” a 68-year-old man who remains alive, first surfaced late last month after he traveled to Saudi Arabia, Qatar, the United Arab Emirates and Bahrain.

“The outbreak is the largest reported outside the Kingdom of Saudi Arabia, where the disease first emerged in April 2012 and the vast majority of cases have occurred,” said the WHO, in a statement released earlier this week.

On Tuesday, the organization warned that “further cases can be expected.” 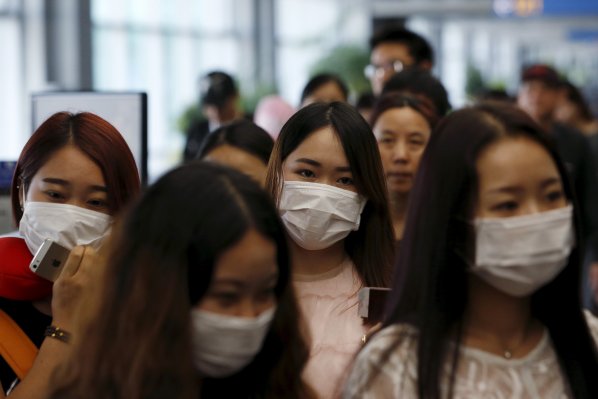 MERS Is Going to Spread in South Korea, the WHO Says
Next Up: Editor's Pick