How to Help Burma's 'Boat People'

A Rohingya child is registered at a temporary shelter in Indonesia.
James Nachtwey for TIME
Ideas
By Elizabeth Holtzman
Holtzman, who served as a U.S. Congresswoman from 1973–1981, is co-chair of Herrick’s Government Relations Group.

The terrible plight of the thousands of Rohingya “boat people” fleeing Myanmar (Burma) in small boats with nowhere to go and almost no country willing to take them has stirred pity around the world. A small Muslim minority in a largely Buddhist country, they are the victims of persecution and extreme violence.

This situation vividly reminds me of the Vietnamese “boat people” exodus that occurred in the late 1970s. Hundreds of thousands of Vietnamese fled their country in small boats, risking their lives at sea and subjecting themselves to possible murder, rape and attacks by pirates. Some left Vietnam because they were persecuted—they had worked for the U.S. or its allies during the war and were suffering retaliation after the North Vietnamese took over the country. Others, predominantly ethnic Chinese, were expelled, largely as a result of the hostilities that broke out when Vietnam invaded Cambodia and overthrew China’s ally, Pol Pot, in 1978. China responded by invading Vietnam, and although China retreated quickly, this caused Vietnam to look with suspicion at its local Chinese population.

As the recently appointed chair of the House Subcommittee on Immigration, Refugees and International Law at the time, I felt it was my obligation to understand the facts and help shape remedies. Also, as a Jew, I was haunted by the story of the St. Louis, a ship laden with nearly 1,000 Jewish refugees from Nazi Europe, that in 1939 came to the shores of the U.S. and was refused entry. The boat returned to Europe, and many of the passengers died in the Holocaust.

I decided to examine the problem firsthand. After several trips to Southeast Asia, where I slogged through refugee camps in Malaysia, Thailand, Indonesia, and Hong Kong and talked to boat people as well as countless officials—both U.S. and local—who dealt with the refugee problem in these countries, some of the solutions became evident. These actions are still applicable today as we grapple with how to handle the exodus of the Rohingya, even though this crisis is much smaller in scope.

1. There must be guarantees that some countries will permanently take the refugees for resettlement. Without such guarantees, the countries where the boat people are most likely to land might refuse to accept large numbers of them, even temporarily. That was the case in the late 70s. The nearest countries to Vietnam were relatively poor and were overwhelmed by the numbers of boat people. We had to beg officials not to push the refugee boats back out to sea. But all the begging in the world would have had no effect without a clear signal that other countries would eventually take the refugees.

2. The U.S. must set an example. Finding an agreement on permanent resettlement was done at a conference in Geneva in July, 1979, which I attended. Many countries were present, and several of them, including France, Canada, Australia, and the U.S., agreed to accept large numbers of refugees. Without question, the leadership of the U.S. and its willingness to take in hundreds of thousands of refugees made a huge difference and helped encourage other nations to take their fair share.

3. There must be an orderly departure program in place. It made no sense to force those fleeing Vietnam to risk their lives in doing so. I thought it was important to explore the possibility of a humane alternative, but the U.S. State Department would not discuss the issue with the Vietnamese government. So I did. In early 1979, I traveled to Hanoi to talk to the foreign minister about an orderly departure program. He was immediately receptive, and with State Department approval, a departure program was agreed upon, saving untold numbers of lives.

4. You have to attack the cause of the refugee outflow. Here, I ran into implacable opposition from the U.S. government. We probably couldn’t have done much to stop the outflow of Vietnamese with wartime ties to the U.S., but we could have done a lot to stop Vietnam’s expulsion of others. Because it was politically impossible to provide funds directly to Vietnam as an inducement to stop the expulsions, I suggested to the State Department that the U.S. lift its embargo against Vietnam slightly so that oil companies could explore for gas and oil in Vietnam’s Spratley and Paracel Islands. This could have produced royalty revenues for Vietnam, and induced it to stop the expulsions. But the U.S. government refused.

What made the Vietnamese boat people resettlement program so successful was the rock-hard commitment of the U.S. to resettle hundreds of thousands of the refugees here at home. That commitment was understandable: The U.S. fought a war in Vietnam and had a responsibility to the people who had helped it. That factor is not present with respect to the Rohingya.

Still, there are important reasons for the U.S. to play a very active role here. President Barack Obama has often referred to a pivot to Asia. This crisis offers an opportunity to make the pivot focus on a humanitarian cause. It might even offer an opportunity to explore a joint effort with China to find an inducement that would ameliorate the reasons the Rohingya people are fleeing in the first place. 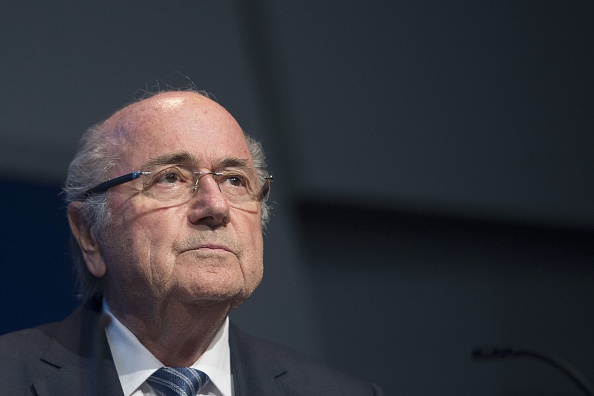 How FIFA's Sepp Blatter May Have Outmaneuvered Everyone
Next Up: Editor's Pick