This Sub is the Coolest GoPro Accessory Ever

Playing with your remote-controlled toy submarine is fun enough. But what if you could also films its underwater adventures?

Well, thanks to the latest TTRobotix’s Seawolf submarine, you can do that because it now comes with a mount for a GoPro Hero3 or Hero4 video camera (the camera must be bought separately). The company unveiled its new model, spotted by CNET, this week at Computex 2015, an IT tradeshow in Taipei.

The submarines come in two versions: one for fresh water and one for sea water (make sure you pick the right one because the fresh water version uses FM radio, which doesn’t work in the denser salt water). Both version will launch in August and will cost a hefty $999

In terms of specs, the submarine can reach speeds of up to 2.17 miles per hour, and its battery will last for about 50 minutes.

GoPro has been a popular accessory for recreational drones. Last week, the camera company unveiled an upcoming six-camera rig for capturing footage that can be turned into content for virtual reality. 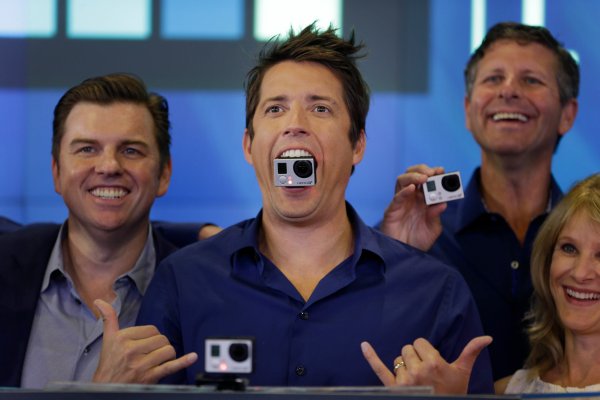 Next Up for GoPro: Virtual Reality and Drones
Next Up: Editor's Pick