Everything You Need to Know About Microsoft's Massive 84-Inch Computer

Last week, during a press preview at Manhattan’s Westin Hotel, Mike Angiulo, corporate vice president of Microsoft devices, switched on the Surface Hub, a new 84-inch Windows touchscreen that he hopes will kickstart any work meeting. “If you blink, you’ll miss it,” said Anguilo as he tapped the touchscreen. With that single gesture, he flipped on the Surface Hub’s cameras, microphones and digital whiteboard — everything you’d need to get a teleconference going.

The Surface Hub is an all-in-one replacement for the meeting room equipment you’ve come to know and loathe: The projector, that insipid blue screen, those star-shaped speakerphones and eyeball-shaped webcams and endless cords trailing everywhere. If you’ve ever fantasized about cutting through this gordian knot of audio-visual equipment, the Surface Hub is for you.

But odds are you’re not the one who has to write the check. Microsoft unveiled the price of the Surface Hub Wednesday, and it falls well outside of the average worker bee’s budget. The 84-inch model will set an office back by $19,999, the 55-inch model by $6,999. At those prices, the Surface Hub’s sales team will have to aim their pitches high, convincing senior managers and Chief Technology Officers that a massive touchscreen won’t just kickstart meetings, but supercharge the discussions that brought all of those workers together in the first place.

“Fifty-four precent of all meetings have at least one person on a call with them,” says Anguilo. “That person, within 10 or 15 minutes, is just doing a little email, and 10 minutes later is building a ship in a bottle because they’ve lost track of the meeting and it’s hard to hear what’s going on in the room.”

The Surface Hub’s multiple sensors aim to get all those wandering workers back in the conversation. Wide angle cameras on the left and right hand side of the screen track the presenter’s face, automatically switching angles as the presenter turns. Microphones aim a concentrated beam at participants near and far, while voice-detecting algorithms scrub out background noise.

But the groundbreaking technology around which all of these sensors are arrayed is the market’s largest capacitive touchscreen, which can detect upwards of 100 fingers on the screen simultaneously. Normally, big touchscreens like the Hub are subject to freezing and jittering. Microsoft ironed out those kinks via its 2012 acquisition of Perceptive Pixel, the touchscreen startup behind CNN’s “magic wall,” which anchors have used to pinch and zoom in on electoral maps. Microsoft immediately sensed broader applications for the technology.

“Meetings are being increasingly driven right from live data instead of a canned picture from last week,” says Anguilo, “so you could have a tool that would let you zoom in on any kind of part or drawing or data.” There are other use cases, too: a Chicago law firm told Microsoft that it wants to roll the screen into a courtroom and play videos of a crime scene, tracing ink circles over key moments in the action. And sales teams could drill down on live, regional data to better focus their calls.

Teleconferencing, in other words, isn’t Microsoft’s only hook for the Surface Hub. Its purpose is to redefine the computer as a workplace social hub, where teams can gather, brainstorm and bounce ideas off of an interactive, 4K resolution display. If the general drift of devices over the past four decades has been towards more personal computing — from the PC to the smartphone to the smartwatch — the Surface Hub marks an about face toward communal computing.

Still, the Surface Hub may only take off among niche users at first. “They’re trying to build essentially a new market,” says Forrester analyst J.P Gownder. “There will be organizations that take to it right away, such as product designers or engineers, but for a broader audience it’s going to take some convincing and that will take some time.”

Microsoft begins taking pre-orders on the Windows 10-running Surface Hub July 1; the first units will ship from a factory in Wilsonville, Oregon to more than 24 countries this September. While you might not find one under the Christmas tree this year, you could spot the gargantuan machine in your meeting room when you’re back from the holiday break.

Read next: This Is Microsoft’s Big Secret Windows 10 Feature 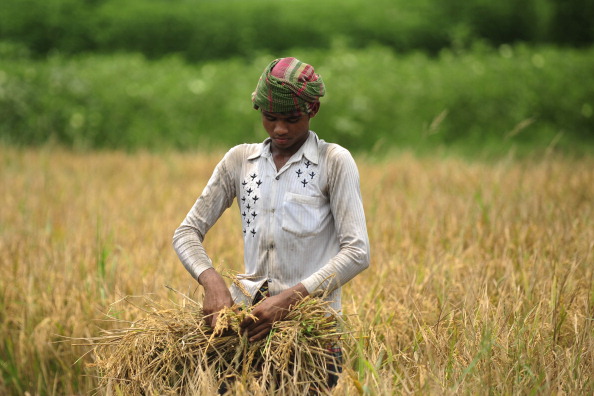 How Rice Could Save Bangladesh From Climate Change
Next Up: Editor's Pick