A woman walks with a Zara bag in hand in Madrid, September 19, 2012.
Susana Vera—Reuters
By Katy Osborn

A former attorney for Zara filed a $40 million discrimination suit against the Spanish fashion giant on Wednesday, claiming homophobic, racist, and anti-Semitic harassment by the company’s senior executives.

Ian Miller also claims that he was deliberately excluded from company meetings and offered lesser pay raises than colleagues, Reuters reports. Miller was dismissed in March 2015 after seven years with the company. His attorney, David Sanford, has alleged that Miller’s marginalization had to do with the company’s “preferred profile” being straight, Spanish, and Christian employees. Zara did not immediately comment to Reuters on the pending lawsuit in the New York State Supreme Court.

This is not the first time Zara has been accused of insensitivity. In 2005, the store pulled a line of handbags featuring swastikas—allegedly meant to reference the Hindu symbol for well-being—from its stores; in 2013, it was criticized for selling necklaces with black face figurines. Just last summer, Zara issued a public apology for a striped children’s t-shirt featuring a yellow star that looked uncannily similar to a concentration camp uniform.

Some have speculated that these past blunders might be linked to the company’s place at the forefront of “fast fashion,” referring to its fast catwalk to store turnaround times. This model has helped the company grow to over 2,000 stores in 88 countries and a brand value of $9.4 billion, according to Forbes. 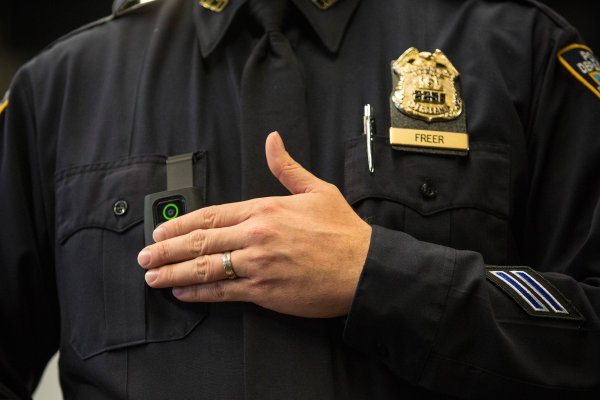 Inside New York Cops' Move to Body Cameras
Next Up: Editor's Pick