These Resurrected Fast Food Mascots Have 1 Thing in Common

It’s easy to dismiss the recent trend toward bringing back classic corporate mascots like the Hamburglar and Colonel Sanders as indicating a lack of imagination among fast-food marketers. And there’s probably some truth to the comparison between them and the Hollywood studios that insist on unnecessarily remaking movies like Point Break.

But there’s something else going on here, too: in many cases, the mascots are, for some reason, somewhat odd. Burger King’s “The Burger King” was meant to be that way from the get-go (in his most recent incarnation, that is), but Colonel Sanders wasn’t. And yet, look at what they’ve done to him for KFC’s new TV spots:

It’s not just that it’s bizarre of KFC to resurrect its actual, decades-dead founder to make TV spots (that is, if anything in American TV commerialdom can be considered bizarre). It’s the whole vibe. Darryl Hammond, formerly of Saturday Night Live, is surely a talented mimic, but he comes off here as someone you wouldn’t leave alone with your daughter.

Burger King’s most recent resurrection of the imaginatively named “The Burger King” retains his chilling persona, which was devised in the early 2003 as an “ironic” twist on the mascot that the company had employed in various forms (by turns regal and cartoonish) since 1955, when the first Burger King restaurant was opened in Miami. Burger King retired “The Creepy King” (as he was often called) in 2011.

Now he’s back. Burger King paid $1 million to have the King, with his plastic, rictus face, appear as part of boxer Floyd Mayweather’s “entourage” for the fighter’s match against Manny Pacquiao last month. Burger King was one of just three companies that would go anywhere near Mayweather, a convicted domestic abuser. (The others, Swiss watchmaker Hublot and fantasy-sports site FanDuel, limited their presence to brand placement).

You don’t spend $1 million on a one-off, so now the King is back with a new TV spot, too:

The thing about the King is that he amounts to a single joke—one that was sort of funny for a brief period. That was no doubt part of the thinking when Burger King dropped the campaign four years ago. His comeback doesn’t take the character anywhere, because there’s really nowhere for him to go. Contrast that with what Jack In The Box has done with its “Jack’s Back” campaign, which, remarkably, has been running for 21 years. Because Jack actually speaks and has a personality, they can do all manner of things with him, and they have: he’s been a corporate wheel and a basement stoner, all without losing his essential personality.

McDonald’s, meanwhile, has brought back some of its iconic characters, including the Hamburglar, who first appeared as a resident of “McDonaldland” in 1971. Until a few weeks ago, he hadn’t been seen in TV spots since 2002. If the idea is to recall McDonald’s glory days, the natural inclination of brand marketers to “update” everything beyond recognition seems to have sabotaged the goal. The new Hamburglar seems like he was designed by committee, perhaps one headed by Lindsey Naegle from The Simpsons. The formerly impish-but-ultimately-likeable crook is now a mysterious character who has apparently been living in the suburbs, maybe in the witness protection program. He’s roguish and hunky, like something out of a Bret Easton Ellis novel.

In the old days, when brand campaigns were highly expensive, labor-intensive propositions, companies would spend months if not years crafting them before finally settling on something that they meant to least for a long time and be closely identified with the brand. Now campaigns are tried out in public, and if they don’t take, it’s not necessarily a big deal—marketers can just drop them and try something else. And if they run out of ideas, as more of them seem to be doing all the time, they can always go back to the well. It might be lazy, and it might not do much for the brand, but it likely won’t do much damage either. 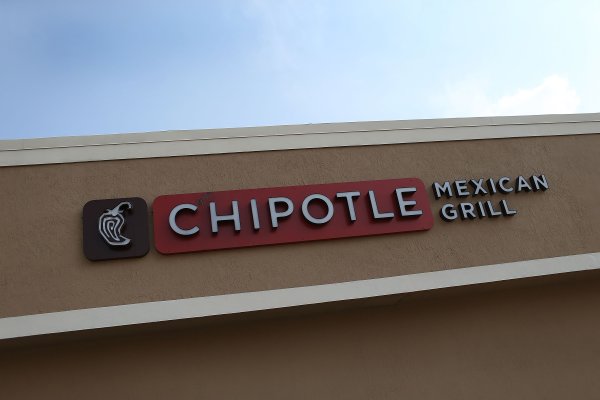 Chipotle Is Rolling Out a New Menu Item
Next Up: Editor's Pick