How to Be Both Wins the Baileys Women's Prize for Fiction

Ali Smith’s How to Be Both has won the Baileys Women’s Prize for Fiction, one of the U.K.’s most prominent literary awards and one that honors only female writers.

The novel, which has already won several other prizes and was shortlisted for the 2014 Man Booker, tells the stories of two characters: a contemporary British teen and an Italian Renaissance artist. The book lauded for its innovative format—it was published in two versions, half of the copies beginning with the contemporary story and half with the Renaissance story.

How to Be Both was joined on the shortlist for the award by Rachel Cusk’s Outline, Laline Paull’s The Bees, Kamila Shamsie’s A God in Every Stone, Anne Tyler’s A Spool of Blue Thread and Sarah Waters’ The Paying Guests. While established authors like Smith are often honored with the prize, it has also gone to debut novelists, as with last year’s win for Eimear McBride’s A Girl Is a Half-Formed Thing.

The Baileys Prize (which has changed names several times and was previously known as the Orange Prize for Fiction) was born out of frustration that the Man Booker prize did not include enough women authors on its shortlists. It was first awarded to Helen Dunmore’s A Spell of Winter in 1996. Critics of the Baileys Prize often say it sends a signal that female writers are separate (and therefore perhaps less-than) male writers. Its supporters argue that it gives much-needed promotion to a group that is historically undervalued—and exposes readers to wonderful books they may otherwise have missed. 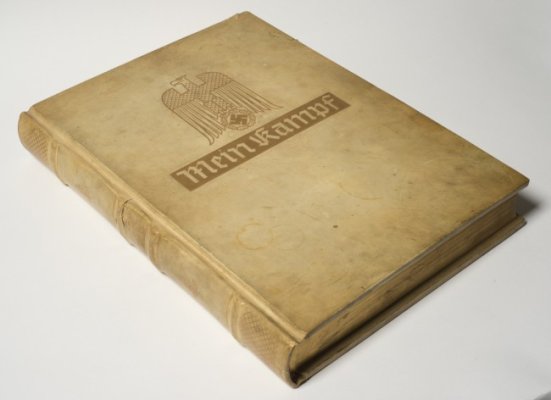 This Is Himmler’s Copy of Hitler’s 'Mein Kampf'
Next Up: Editor's Pick