This Is Why It's Legal to Burn the American Flag

William Kunstler second from left, discusses the Supreme Court ruling to declare the Flag Protection Act of 1989 unconstitutional at a press conference on June 11, 1990 in New York, Kunstler and David Cole, second from right, represented Shawn Eichman, right, a defendant in the case, and Joey Johnson, a defendant in a similar case in 1989.
Marty Lederhandler—AP Images
By Lily Rothman

It was shortly before the Fourth of July in 1989—two centuries after the Constitution of the United States took effect—when the Supreme Court declared that the government could not stop citizens from desecrating the nation’s flag.

“The patriotic mind recoils,” TIME’s Walter Isaacson commented in the weeks that followed the decision. “Reverence for the flag is ingrained in every schoolchild who has quailed at the thought of letting it touch the ground, in every citizen moved by pictures of it being raised at Iwo Jima or planted on the moon, in every veteran who has ever heard taps played at the end of a Memorial Day parade, in every gold-star mother who treasures a neatly folded emblem of her family’s supreme sacrifice.”

Yet, he continued, that was precisely the reason why the court, in the case Texas v. Johnson, declared that federal and state laws that protect the flag are in violation of free-speech protections. The flag is so revered because it represents the land of the free, and that freedom includes the ability to use or abuse that flag in protest.

Almost immediately after the ruling was made, President Bush proposed a solution: a constitutional amendment that would exempt flag-desecration as protected speech. But the legislative branch struck first and passed the Flag Protection Act of 1989, which made it criminal to desecrate the flag, regardless of motive. Protesters responded quickly by burning flags, in an attempt to get the issue back to the Supreme Court. Almost exactly a year after Texas v. Johnson, their wish came true. In United States v. Eichman, which was decided exactly 25 years ago, on June 11, 1990, the Supreme Court once again ruled that burning the flag was an example of constitutionally protected free speech.

Further attempts to protect the flag with an amendment were batted about in the years that followed, but they never went anywhere.

As Isaacson pointed out in returning to the issue the week after the Eichman decision came down, the 1990s fight over flag-burning came at a time when the nation was seemingly less polarized:

Read the full story, here in the TIME Vault: Hiding in the Flag 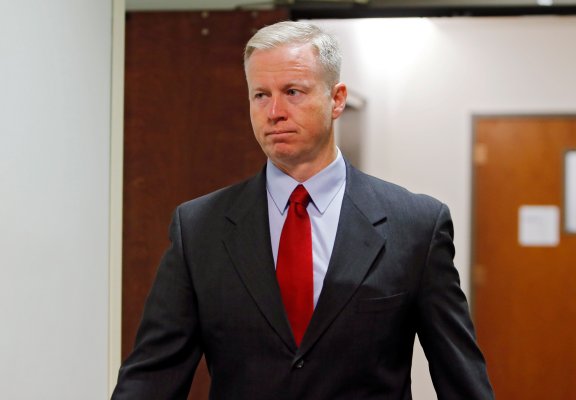