The news of Sepp Blatter’s resignation on Tuesday drew outrage from the leading officials in African soccer. Only four days earlier, on May 29, they had helped keep him in power as president of FIFA, the sport’s international governing body, by voting to elect him to a fifth term in office. But the pressure against Blatter from U.S. investigators only intensified after that, and the criminal probe into corruption at FIFA seemed to grow closer to Blatter’s doorstep with every day.

So the resignation did not just feel like a squandered election victory to officials like Fikile Mbalula, the South African Minister of Sport. It felt like the world of Western imperialists “parading themselves as world policemen,” he said during a press conference on Wednesday.

Such indignation was perhaps unsurprising. Throughout his 17 years at the helm of FIFA, Blatter channeled generous aid to the development of soccer in the world’s poorest nations, which repaid the favor by supporting him through the persistent claims of corruption against his leadership. South Africans were among his biggest fans, mostly because he helped bring the World Cup soccer championship to their country in 2010.

But the level of the frustration among Blatter’s supporters in Africa over the past week has shown that the rivalries in soccer go well beyond the field of play or the competition to host the world’s top tournaments. They point instead to a political and cultural rift within the sport’s governing body, one that draws at least some of its fury from the history of Western dominance over the developing world.

Mbalula made that much clear during Wednesday’s press conference. “Sepp Blatter has been a good friend of South Africa,” he said, giving him particular credit for bringing the World Cup to Africa for the first time.

Throughout his appearance, Mbalula calmly denied U.S. claims that South Africa had paid a $10 million bribe to FIFA officials as part of its bid to host the championships. The South African government, he said, had “a responsibility to defend the legacy of the World Cup and African success.” But his otherwise even temper faltered in defending Blatter from the mounting claims of corruption.

“We have fought colonialism and defeated it, and we still fight imperialism,” he said, referring to the campaign against top FIFA officials, nine of whom were indicted on May 27 as part of a U.S. criminal case against alleged racketeering and bribe-taking in international soccer. “We will continue to fight it whenever it manifests itself,” he added. “We believe in multilateralism, not unilateralism.”

Similar claims of injustice have resounded from African soccer officials ever since the scandal broke in late May. Kwesi Nyantakyi, the head of Ghana’s national football association, also aired grievances against Western arrogance in his defense of Blatter’s re-election to the FIFA presidency last week. “They think that Africans are corrupt and have to be influenced to take one decision or the other. That is very unfortunate,” he said in an interview with the BBC. “People should not think that we are so intellectually bankrupt that we have to be influenced to take decisions.”

The main targets of such animosity have been the wealthier and more established powerhouses of European soccer, whose main governing body – the Union of European Football Associations, or UEFA – called on Blatter not to seek re-election after the arrests of his direct subordinates last week. When he resigned from his post, many of Europe’s top sporting officials responded with something approaching glee.

“It now means that we can get someone in to run FIFA,” said Greg Dyke, the chairman of English Football Association. “We can get in there and find out where all the money has gone over all these years,” he told the BBC.

That looked a lot like a European power grab to some of Dyke’s peers in Africa. Nyantakyi, the official from Ghana, even suggested that the West is trying to turn FIFA into something like the United Nations, where most of the actual power is concentrated in the hands of five nuclear-armed countries – the U.S., U.K., France, China and Russia – all of which have the right to veto the U.N.’s key decisions.

FIFA has no such concentration of power at the top. Each national federation gets one vote in FIFA’s decisions, regardless of the size or power of the country it represents. But even if that makes it a purer democracy than the U.N., the rules that govern FIFA may also have set the conditions for influence peddling in the world of soccer.

According to the U.S. indictment, FIFA officials from the developing world had been selling their votes for decades, skewing the outcome of its decisions on where to host major tournaments. Swiss authorities, in cooperation with the U.S., are now pursuing a separate investigation into how FIFA gave Russia and Qatar the rights to host the next two World Cup champions. With Blatter gone, those tournaments could be in jeopardy, as could the system of patronage that thrived under his leadership.

But even if that system did allow or even encourage graft, it also gave a more powerful voice within FIFA to its smallest and poorest federations. Their votes were as widely coveted as those of any other member, and that made FIFA one of few venues in global politics where they could never be ignored. Isha Johansen, the top soccer official in Sierra Leone, tried to make that point in defending Blatter after his resignation on Tuesday.

“I think it’s immense appreciation,” she told the BBC in describing the way he helped her country develop the game of soccer after a brutal civil war. “And also respect for somebody that can say, ‘look, you guys keep falling, you’re crawling, you’re creeping – I’m there to pick you up and give you guys a push.’”

With that view of his legacy, African soccer officials will likely look back on Blatter’s tenure with nostalgia for some time to come, especially as Western governments and football clubs pursue what Dyke called a “root-and-branch investigation” of FIFA in the months ahead. Regardless of whom the investigation incriminates or convicts of wrongdoing, it looks likely to end the era when Africa’s voice could outweigh the West in the world of international soccer. 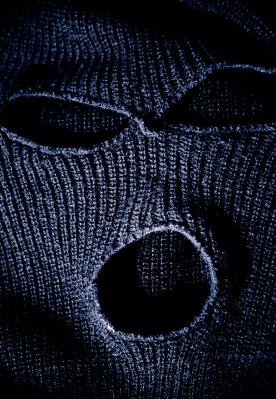