Why Darrell Hammond Modeled Himself After Eddie Murphy

By Josh Sanburn and Diane Tsai

Comedian Darrell Hammond’s first impressions came at age seven alongside his mother, who liked doing impersonations of the neighbors. Hammond realized he, too, had a knack for impressions and was soon doing voices of Scrooge from A Christmas Carol, cartoon characters like Foghorn Leghorn and Popeye, and a host of others.

Fifty years later, Hammond’s repertoire includes dozens of celebrities, including Bill Clinton, Donald Trump and Sean Connery, all of whom he made famous in the 1990s and early 2000s as the longest-serving cast member in the history of Saturday Night Live. His latest character is Colonel Sanders, the founder and mascot of fast-food chain KFC, who Hammond has resurrected as an off-kilter, mandolin-loving Southern goofball just a bit out of touch with 2015.

Hammond recently stopped by TIME’s offices to discuss his latest transformation, Eddie Murphy’s outlandish impressions, and what it’s like being back at SNL as the show’s new announcer. 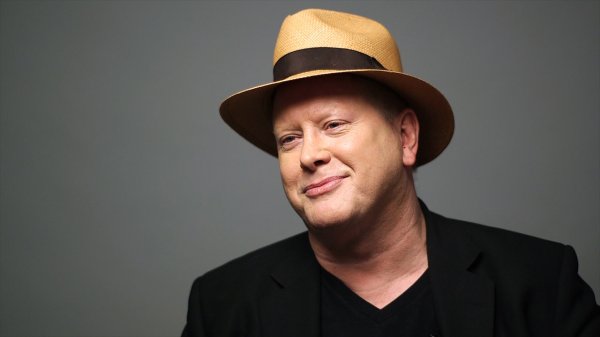 Watch Darrell Hammond Break Down His Clinton Impression
Next Up: Editor's Pick