Disney's Tangled Will Head to Television in a New Animated Series

Mandy Moore stars as Rapunzel in the 2010 movie Tangled.
Disney
By Eliza Berman

Disney executives know a good thing when they see one, and Tangled, the company’s 2010 Rapunzel redux, was a very good thing. The film grossed $593 million globally, and 5 million viewers tuned in to the short sequel Tangled Ever After, which premiered on the Disney Channel in 2012; Rapunzel merchandise is among the top-selling products on offer by the Disney Store. Capitalizing on the long-haired princess’ popularity, Disney has announced plans to air a TV show based on the film on the Disney Channel in 2017.

The series will take place in between the events of the movie and Tangled Ever After, when Rapunzel is getting acquainted with the kingdom from which she was snatched as a baby. Mandy Moore will reprise her voiceover role as the lead, and a team of animation superstars will bring the series to life. Composer Alan Menken, whose resume includes a good portion of Disney’s filmography, will provide the music. 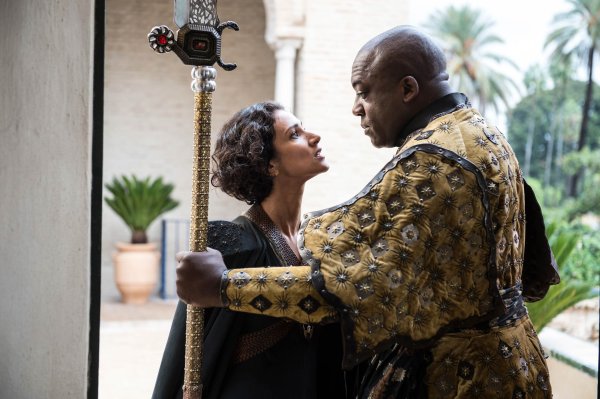 Game of Thrones Will Return to Spain to Film Season 6
Next Up: Editor's Pick