Samsung Could Be Doing Something Huge With the Galaxy S6

Samsung may launch a jumbo version of its leading smartphone in the next few weeks.

The bigger version of the Galaxy S6 Edge would be called the Galaxy S6 Plus, say the fonti attendibili—translation: “reliable sources”—that spoke with the Italian technology blog HDBlog.

Originally expected to debut in early September at the European consumer electronics trade show IFA Berlin 2015, the device is now anticipated to arrive sooner this summer.

The Galaxy S6 Plus is suspected to be model number SM-G928S, which appeared on the device-identifying IMEI database in April, as reported by the Samsung blog SamMobile. The project has apparently been renamed “project zero 2” from “project zen” internally, according to HDBlog—a nod to “project zero,” Samsung’s code name for the Galaxy S6 phone.

The new device does not appear to differ greatly from its predecessor aside from the boosted screen size, which puts it on par with the iPhone 6 Plus at about 5.5 inches. It’s expected to have the same camera and screen resolution (5-megapixel front and a 16-megapixel rear camera) and screen resolution as well as 32 gigabytes of memory, says SamMobile. (Still no “s pen” stylus, either.)

Samsung has released bigger phone models before. Last year, the company launched the Galaxy S5 Plus, a bigger version of its Galaxy S5, eight months after unveiling the first model.

Despite the initial assurances that the anticipated phone would be announced at IFA 2015, HDBlog says it has received new intel indicating an earlier release. The site cautions, however, that its reporting should be considered semplici “rumors” suscettibili ad imprecisioni, or “simply ‘rumors’ susceptible to inaccuracies.” 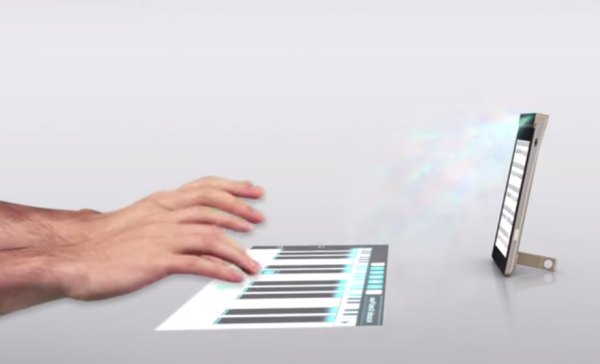 This Phone Has a New Trick You Wouldn't Expect
Next Up: Editor's Pick