A general view of the atmosphere at the premiere of Sea World San Diego's "Turtle: The Incredible Journey" on June 21, 2011 in San Diego, California.
Jerod Harris—Getty Images
By Ben Geier / Fortune

In the theme park wars, 2014 was a clear victory for Universal and a drag for SeaWorld, with Disney coming up somewhere in between.

Disney’s market share was bitten into by Universal, which had a 22.6% share in 2014 compared with 19.3% in 2013, largely driven by the opening of the second outpost of The Wizarding World of Harry Potter at Universal Studios. Plus, plenty of people who came to experience the world of the Boy Wizard also bought tickets to Universal’s other park, Islands of Adventure, where the first Harry Potter area is still operating. There’s a “Hogwart’s Express” train connected the two parks, which can only be ridden if visitors have tickets to both parks.

SeaWorld, meanwhile, had market share of just 6.5%, down from 7.4%. The aquatic-themed park had its own problems to deal with, as negative publicity regarding its treatment of animals may still be hurting it at the gates.

The Orlando theme park market in general had a good year, with total visits increasing 6% to 72.6 million. 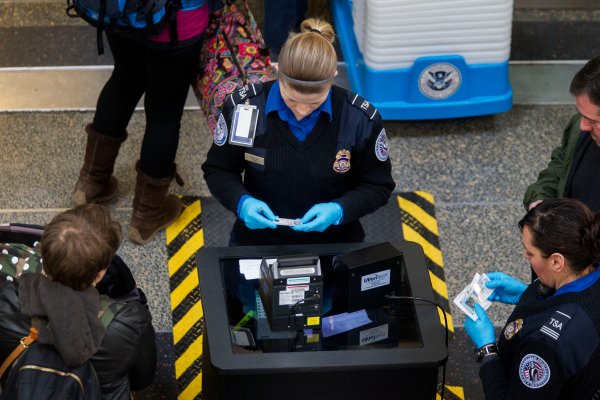 U.S. Airport Security Is Worse Than You Thought
Next Up: Editor's Pick