Game of Thrones Will Return to Spain to Film Season 6

Game of Thrones will return to Spain—but will HBO’s fantasy hit return to Dorne?

The massive Thrones production team will invade the country of Spain for the filming of season six where the show will film in the cities of Girona and Peñíscola, among others. The cast and crew were greeted with extreme enthusiasm by locals during their debut visit to the country last year to shoot the current season. A call for extras received an incredible 86,000 applications, and actors were mobbed by fans.

Spain served as a key location for the Dorne Water Gardens (shot at The Royal Alcazar of Seville) and for an upcoming sequence at the Meereen fighting pit (filmed at the Plaza de Toros in Osuna), though the latter location also resulted in somebody leaking a photo showing the characters Tyrion Lannister and Daenerys Targaryen together—a plot twist that producers had hoped to keep secret.

What is not clear yet is whether the show’s return to Spain means a continuation of the current season’s Dorne storyline, which has Jaime and Bronn imprisoned while trying to rescue/kidnap Cersei’s daugther Myrcella. The most prominent Dorne location so far is the Water Gardens, which is filmed in Seville—a city not listed among the two Spain cities confirmed by HBO.

The only other country confirmed for season six so far is Northern Ireland, where the show’s production is based. Shooting begins in July.

In other season six news, EW recently reported that author George R.R. Martin will not pen an episode for next season, preferring instead to focus on finishing his eagerly awaited next book, The Winds of Winter. 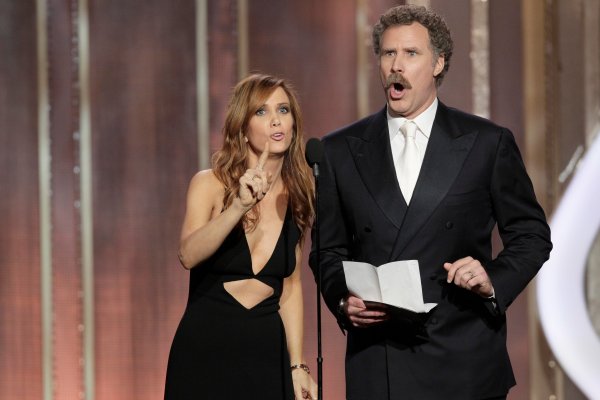 Kristen Wiig and Will Ferrell's 'Secret' Lifetime Movie Has an Air Date
Next Up: Editor's Pick