How TIME Once Mansplained Why Equal Pay for Women Wouldn't Work

When President Kennedy signed the Equal Pay Act into law on this day, June 10, in 1963, it seemed like workplace equality was on its way. “It is a first step,” the President said during the signing. “It affirms our determination that when women enter the labor force they will find equality in their pay envelopes.”

The act had been drafted by Esther Peterson, head of the Women’s Bureau of the Department of Labor. It prohibited employers who were subject to the Fair Labor Standards Act of 1938 (under which the new law fell) from paying employees differently, on the basis of gender, for work that required “equal skill, effort, and responsibility.”

In a sadly-prescient feat of mansplaining in 1964, TIME predicted why the law was unlikely to have the desired effect:

TIME was right about the law’s impact, if not the cause. When the magazine took stock of the act’s legacy in 1974, the wage gap at the time—women earned 60 cents on the dollar—was exactly the same as it was when Kennedy signed the law. “Equal pay for equal work is a familiar slogan of the women’s lib movement,” the story began. “It has also been the law of the land for large companies for a decade, but a law that was little noted nor long remembered.”

The fact was, the law—along with other anti-discrimination laws passed in the intervening years—had not really been put to the test.

In 1974, the Supreme Court decided in Corning Glass Works v. Brennan that the factory in question had broken the law by hiring only men for the higher-paid night shifts, and then women were owed back pay for the money they might have earned in that role. The TIME story cited several other examples of the 1963 law finally creating change: two cases in which AT&T had settled with employees, a steel plant facing a lawsuit, an instance in which Rutgers University was providing back pay to the tune of $375,000.

The pay gap has narrowed since then–women made 78 cents on the dollar as of 2013, according to the White House—but the law’s aim, clearly, remains unreached. 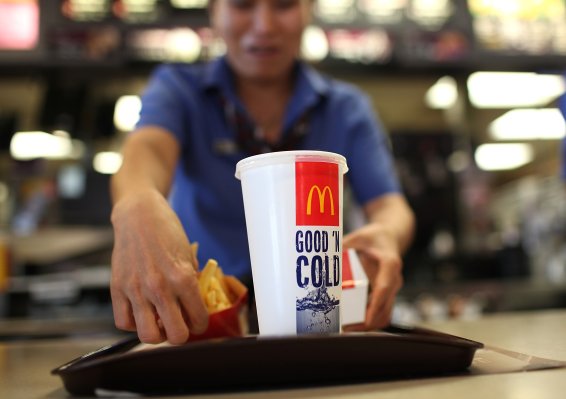 Most Americans Say Wealth Inequality Is a Huge Issue
Next Up: Editor's Pick