Everything You Need to Know About Spotify

It’s a fact: no one makes good music anymore. Okay, that might not be a fact, but it’s not my opinion alone. According to neuroscientist, musician, and author Daniel J. Levitin, musical tastes begin forming at 14 and peak at 24, which means if you’re older than that, the new sound is total garbage. Perhaps that’s why you can’t name the latest Pearl Jam album, even though you waited for hours to buy “Vs.” at a record store in 1993.

Then again, who buys physical music these days anyway? Music buying on the whole is declining thanks to streaming services like Spotify, which gives subscribers instant access to millions of songs for the cost of one CD a month. If Spotify is as unfamiliar to you as Skrillex, here are the big questions to fill in what you’ve been missing about the streaming service (not the dance music artist).

What is it? Quickly supplanting meatballs and flat-pack furniture as Sweden’s most adored export, Spotify was launched in 2008 and has completely changed they way people listen to music ever since. By allowing users to play music directly from the cloud — rather than by downloading it first — Spotify became wildly popular, and as a startup gave entrenched music industry players like Apple’s iTunes a run for its money.

Part of the allure for Spotify’s users is that the service (currently) boasts more than 30 million tracks, and save for some high-profile holdouts like The Beatles, it has pretty much every song you’d ever want to listen to. Another attractive feature is that people can use Spotify for free, though that experience is interrupted by ads, doesn’t have high-definition quality, and mobile phone users can’t just play any song they want (though they can skip five songs per hour).

Soon, Spotify plans to add an entirely new service to its repertoire — video. The company recently announced it will start to stream video clips. But it’s not competing with the likes of Hulu and Netflix, yet. Instead it will have content similar to what you’d find on YouTube’s channels, such as video podcasts and online-only programs.

How do I use it? Spotify runs on all manner of smartphones, tablets, PCs, and even television-connected set top boxes (including gaming consoles). While Spotify has different capabilities on all of the these platforms, each are centered on playing music (and, now, videos). For instance, Spotify’s mobile app, available on everything from Android to Windows phone, is all about the tunes, from singles to albums. Meanwhile, the PC version is a platform unto itself, with companion apps for everything from song lyrics to visualizers that layers to the musical experience. Set top box versions of Spotify aren’t particularly easy to use or feature-laden, which makes them a good accessory for mobile or PC users, but they don’t make good primary interfaces.

Who uses it? A better question to ask is, who doesn’t? Reaching 58 countries worldwide from Andorra to Uruguay, Spotify has 60 million active users, 20% of whom pay for the service. Compared to Pandora’s almost 80 million actives, Spotify would seem like the underdog, but Pandora only has 3.5 million paying customers.

Artists, however, have mixed feelings about Spotify. At the beginning, Spotify boasted about the revenue it shared with musicians, but eventually it was revealed that these payouts were much lower than expected. Because Spotify makes its deals with the record labels, everyone gets a cut along the way, leaving little for the people who actually perform the music.

Lesser-known artists have justified this by valuing the exposure that Spotify’s large user base brings. Meanwhile, some more popular musicians, like Taylor Swift, have pulled their work from the service in protest of the way they get paid (or don’t) through streaming.

Yet despite lacking Swift, Spotify’s vast collection still manages to cater to almost everyone’s musical taste. This is never more evident than when you’re paying attention to Spotify’s social media feed. A major part of the service, it lets users share with friends everything from favorite playlists to tracks they’re currently listening to. This, in turn, helps with music discovery. And according to data polled by Spotify and The Echo Nest, the age of when people stop listening promiscuously is 33, not 24 as Levity discovered previously. So, maybe this new way of listening is working — it seems to be keeping interested in cooler music even longer. 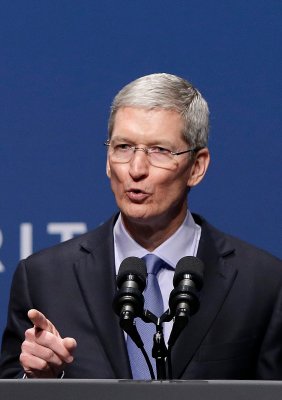