More than 150 divers plumbed the murky depths of China’s turbulent Yangtze River on Wednesday, as hopes began to fade that the 437 missing passengers of river cruiser Eastern Star, which capsized on Monday night, would be found alive.

Fourteen survivors have been rescued so far, while search teams have managed to recover just 18 bodies from the remote stretch of water in central Hubei province.

After arriving at the scene on Tuesday, Chinese Premier Li Keqiang called on search and rescue crews “to seize every second, battle fatigue and challenge the extremes,” according to state media outlet Xinhua.

“We will do everything we can to rescue everyone trapped in there, no matter they’re still alive or not, and we will treat them as our own families,” said Chen Shoumin, a Hubei military region commander, during a live press conference on CCTV, according to the Associated Press.

Chinese authorities have also reportedly detained both the ship’s captain and chief engineer, who were among the first people rescued hours after the yacht keeled over.

Following Monday’s accident, anger simmered outside a Shanghai-based travel agency where more than 90 of the mostly elderly passengers booked their tour aboard the ill-fated cruise. Family members congregating near the agency’s offices grappled with grief and uncertainty as they waited for the latest news.

“Why did the captain leave the ship while the passengers were still missing?” one of them said, according to the BBC. 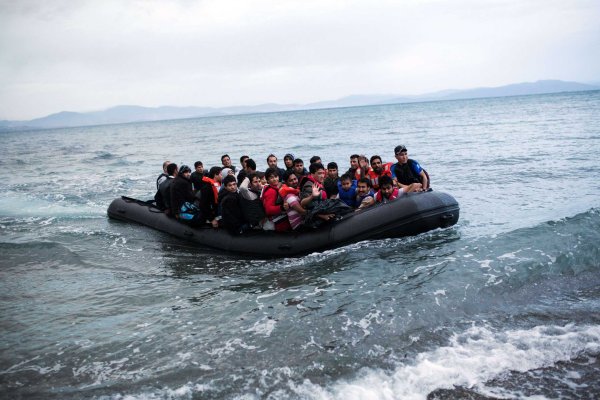 The Tiny Greek Island at the Center of the Refugee Crisis
Next Up: Editor's Pick