Why It'll Take You Forever to Pay Off Your Car

Get ready for an epidemic of underwater cars. No, we’re not talking about collateral damage from the recent floods in Texas — the average length of car loan terms hit a record high in the first quarter of 2015. No longer content to stretch their payments out over the once-standard five years, more drivers today are opting for financing that has them paying six or seven years into the future.

According to new data from Experian Automotive, the average new- and used-car loan terms are now at record highs of 67 and 62 months, respectively. What’s more, roughly 30% of new car loans being written today are for loan terms of between 73 and 84 months — a 19% increase over the first quarter of last year and the highest percentage recorded since Experian began publishing this figure in 2006.

“The potential with owing more than the vehicle is worth is something that could impact a future car purchase if the consumer is looking to trade-in,” says Melinda Zabritski, senior director of automotive finance for Experian Automotive.

The stats for used cars are even more alarming: 16% of used car loans were for terms between six and seven years in the first quarter. Think about it: Say you buy a car that someone traded in after a lease. That means the car is already three years old, which means there are a significant number of drivers out there who are still going to be making payments on decade-old cars — cars that are much likelier to break down or need costly repairs.

To make the math work, more drivers are stretching out financing, and a greater number are turning to leasing. Experian found that almost a third of all new vehicles financed today are leased, to the tune of $405 a month, on average.

But borrowers could have trouble getting a loan if they have negative equity, Zabritski says, or might charge more because the loan-to-value ratio is higher. “This means the consumer is going to pay more over the life of the loan, and at a higher rate [and] can create a cycle of increasing negative equity if the loan isn’t held long enough,” she warns.

“Vehicles are depreciating on average 13% annually, so to stay in a positive equity position consumers need to ensure their principal balance is always in line with the vehicle’s value,” says Paul Kirkbride, SVP at CUDirect, a company that provides car loan technology to credit unions.

If borrowers run the numbers before making a purchase, they might want to consider a higher down payment. Barring that option, they can also make extra principal payments during the life of the loan, Kirkbride says.

Without these contingency plans, “The risk is the borrower will possibly need to roll negative equity from one car loan into another when they trade in the car, or worse, should the borrower need to sell the car, they’ll have to come up with the difference to pay off the loan,” Kirkbride warns. 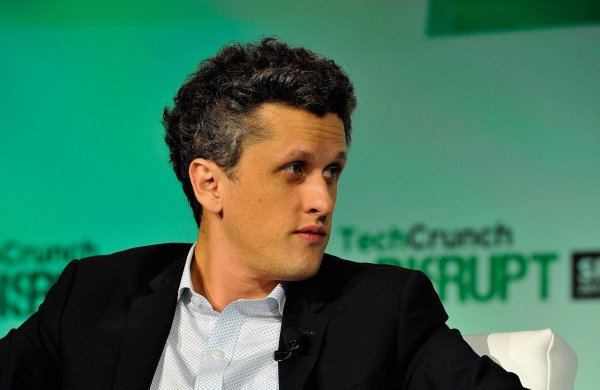 The CEO of This $2 Billion Startup is All-in For Hillary
Next Up: Editor's Pick