Everything You Need to Know About the New SAT

Bruce Reed is the co-founder of Compass Education Group, a test-prep consulting company.

The first time I met David Coleman, it was raining outside. Hundreds of higher-ed insiders were meeting in a Miami Beach hotel for the 2012 College Board Annual Forum, Coleman’s first as president of the 115 year-old nonprofit behemoth. In three days, the gale outside would spin into Superstorm Sandy. And in three years, Coleman’s mandate from the podium to radically re-imagine the test that had blown off course would eventually result in the Redesigned SAT that was shared with the public Tuesday.

College admission testing is like the weather in that it receives little attention until it muddles one’s plans. While stable patterns and evolutionary changes go mostly ignored, the upcoming SAT overhaul, with the new PSAT in October and new SAT next March, is a significant enough whirlwind to have made national news and generate questions of uncertainty from those most directly confronted.

As a co-founder of a test-prep consulting company, I’m already getting questions: Why is it changing? What’s on it? Will it be harder? What should I do to get ready? What are colleges saying about this?

Answering these questions became a little easier with the College Board’s release of four full-length, field-tested sample Redesigned SATs. The unveiling of sample tests nine months before the first official administration is consistent with the College Board’s pledge to make the new test more straightforward and more transparent. This early supply will advantage watchful students, and additional materials delivered later this summer through Khan Academy, which partnered with College Board to offer free online prep materials, will further benefit the most resourceful future test-takers.

Unpacking these newly minted tests, though, requires appreciation of the context around the changes. A look back reveals how the SAT needle has shifted over time—from a test of aptitude to a test of achievement. Or better yet, to a test of alignment.

The SAT debuted in 1926 when college was not tied to career in ways it is today, and the current college admission industrial complex was nonexistent. The original SAT social experiment was meant to measure students’ capacity to learn rather than what they’d been privileged to learn. Like the military intelligence test from which it descended, it was a straightforward and expedient sorting tool. For the past 90 years, the SAT has lived in a near-constant state of alteration. Yet it remains a cultural fixture, arguably one of our most recognizable and enduring brands.

The new SAT is a brand new test with a reassigned identity. It will attempt to respond to those who lament teaching-to-the-test with a high profile endorsement to test-to-the-teaching—so long as that teaching adheres to prescribed standards.

This is a big deal. In addition to working as a sorting tool, the new SAT will now serve as a signaling instrument, too. Once merely a college admissions differentiator, it must now be a de facto high school capstone exam. It is no longer an exam sold only one-by-one to college applicants, but also by the hundreds of thousands via state contracts to compete with the ACT. For those reasons, it not only needs to work, it also needs to look and feel just right.

The new test attempts to look good by requiring students to use evidence to support answer choices; by challenging students to deepen their focus on math skills; by asking students to reconcile and extrapolate from information conveyed through text and graphs; and by engaging students with multidisciplinary content. How test scores correlate with how students do in college will take several admission cycles to determine.

Test builders contend that what a test is has always mattered less than what a test does. Tuesday’s release of practice tests will draw ample attention to examples of what the new test will contain (like a math problem that asks about a bank account’s compounding interest over 10 years, or a passage and accompanying U.S. map that discusses and depicts the different ways soft drinks are described regionally—pop in the Midwest, soda on the coasts!). But more scrutiny of what the new test will reliably do is required, too. As more is asked of the new SAT, might it do fewer things well?

By now, the College Board should have a decent sense of how, for example, the test will or will not change the ethnic, gender, and socioeconomic profiles of results, but little has been said about that. Hopefully the transparency pledge will soon address these concerns. For a test touted as an “evidence-based” exam, virtually no statistical evidence on its psychometric integrity has been made available yet. In fact, more was provided in this area by this time in 2004, during the last (smaller) overhaul in 2005. Students also can’t yet get scaled scores on the familiar 200-800 scale, though that should be available as early as next month.

How does the SAT compare to other standardized tests? The designers of the new test had Common Core and ACT upbringings. The perceived and actual differences are fading away as the traits of the SAT and ACT converge. There will still be two choices, but there will be more or less one common way to take a test.

A catchy narrative within the academic community is that the new SAT will be harder. That first begs the question: harder than what? The current SAT? The ACT? Most difficulty related claims within the context of standardized testing are dubious because they tend to overlook scaling and concordance. The College Board will eventually provide data so that colleges can fairly compare applicants who submit different tests, and test makers are working to ensure that tests remain reliable and that scores remain comparable. So no, the new SAT won’t be harder.

But it sure may feel harder to some.

For starters, the new test will be more reading-centric and passage-based than ever before. On the new SAT, everyone starts out with an interminable string of lengthy reading passages. After first facing a 65-minute, 52-question Reading test containing 5 long passages (some accompanied by charts), students then advance to a 35-minute, 44-question Writing and Language test containing 4 more passages. To complete these sections, students must consume about 4,500 words of text and answer nearly 100 rather wordy questions in a little over an hour and a half—with one short, scheduled break in the middle.

Test takers will then move on (with no break) to back-to-back Math tests—a 25-minute, 20-question, calculator-verboten section (then a break) followed by a 55-minute, 38-question, calculator-friendly finale. The scope of math topics will narrow considerably and reach higher (heavy on linear and polynomial algebra, extremely light on geometry, and with a smattering of trigonometry and statistics). The mix of multiple-choice and free-response item types seen on the current SAT will remain.

Most students will choose to stay for a fourth-hour encore: the optional essay that many colleges will require. The essay will no longer tease out student opinions on a topic. Instead, it will ask students to first read a roughly 700-word essay and then provide an analysis of the author’s effective use of evidence. This baked-in reading assignment means the length of the essay section will double to 50 minutes.

It’s also important to recognize what the new SAT has removed. A fifth answer choice from each question is gone. The quarter-point deduction for wrong answers is gone. And hard vocabulary, or what Coleman calls “SAT Words”, are gone. Indeed there is a paucity of words like paucity. Vocabulary is still tested, but not the way parents remember (analogies, antonyms) or the way this year’s students see it (sentence completions). Instead, the new test will extract an everyday word—like form, convey, or expert—from a passage and ask, “As used … most nearly means.” There is one more expected absence: the much loathed “experimental” section, which was the one section—you couldn’t tell which—that didn’t count but was included to pre-test future items. Test makers have less intrusive ways of doing that now.

It seems the College Board is on track to deliver a fair test that will respond thoughtfully to past criticism and self-reflection. While the test’s lack of history may unnerve some students in the near term, there is reason to think there are clearing skies ahead. 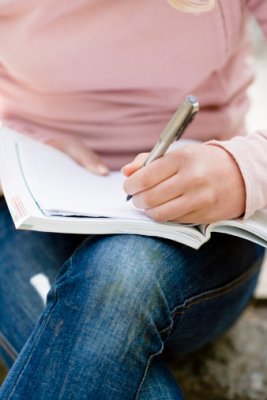 4 Ways Students Can Prep for SATs Over the Summer
Next Up: Editor's Pick