This App Teaches Rebels Fighters Not to Commit War Crimes

The next time Syrian-Kurdish fighters want to launch an attack on the Islamic State in Iraq and Greater Syria they may need to consult their smart phones.

Hundreds of combatants from the YPG, a Kurdish militia in northern Syria, now have a new app that guides them through the rules of wars.

“We thought about doing something more like an encyclopedia,” says Nicolas Sion a spokesman for the NGO Geneva Call, which helped develop the application. “But we thought armed groups won’t read something like that.” Instead, in the ‘Fighter Not Killer’ app, your fictitious militia gets a new recruit named Zako. With him you face 28 scenarios common in guerilla warfare.

“A local TV journalist is using his show to send
out propaganda against your organization,” reads one question. “Can you target the journalist?”

Especially in Syria, a large number of rebel fighters have smart phones and already use them to post on Twitter, Facebook and other social media. With the app, the user answers questions that test his or her knowledge of topics ranging from the treatment of detainees to targeting enemy combatants in civilian areas, and the use of prohibited weapons and child soldiers. Militants able to answer the questions correctly, advance to the ‘Commander’ level of the game. But Mehmet Balci, Geneva Call’s Program Director for the Middle East, says for most of the militants he’s introduced the app to, reaching the ‘Commander’ level is difficult. “They said, ‘no, no, we know everything…this is very simple’” recalls Balci. “And then they get red points.”

The app is part of a wider ‘Fighter Not Killer’ campaign by Geneva Call. Its primary target is Syrian rebel factions, many of whom battle both the Syrian government and ISIS. Armed conflict is now rarely between national armies of countries that are signatories of the Geneva Convention. It’s almost always government forces versus militias, or fighting between armed non-state actors. Because of this, Geneva Call works with over 35 militant groups around the world, raising awareness about the humanitarian norms of war, based on the Laws of Armed Conflict .

Non-state armed groups can’t sign on to the Geneva Conventions, so instead they make a commitment to Geneva Call to abide by the rules. Every four years, representatives from some of the world’s most notorious militant groups meet in Geneva to discuss the laws of war and how they affect their struggle.

Many of the scenarios featured in the app are based on questions commonly asked by militants and developed with a legal advisor. Despite this, Balci says some militias try to dispute the answers in the app, particularly in the section called ‘Conduct of Hostilities.’ “We believe that some modifications could take place,” Redur Xelil, a spokesman for the YPG. Many groups point out that they are fighting enemies — government forces or militant groups — that don’t abide by these rules themselves, making it difficult for the militias to comply.

“Your logistics officer has acquired some rocket launchers on a recent trip abroad. They have sufficient range to hit the nearby enemy town of 50,000 inhabitants,” reads one question. “Can you launch these rockets towards the military headquarters in the center of the nearby town?”

Of course they can’t, but as Redur points out few in Syria follow the rules of war and often station their units in civilian areas. “It’s difficult to separate the fighters from the civilians, especially when ISIS or other fighters use the civilians as human shields,” says Xelil. The YPG iself has been accused of using child soldiers and other abuses in Syria.

“We have distributed these applications among fighters and they are obliged to abide with its content,” says Xelil. Other Syrian-Kurdish officials suggested the app be installed by mobile phone shops on all smartphones sold in their territory. The application can be used in in Arabic, French and English and has been downloaded more than 1,200 times since its launch on May 19. Geneva Call says they plan to expand distribution in Syria and provide the application as a file to those who don’t have internet access.

For groups like the YPG, international support and recognition are important. Syrian Kurds, like many rebel groups, have nationalist ambitions making international legitimacy important. “For all of them the first incentive is to take care of their reputation,” says Sion.

Are you a fighter or a killer? The correct answers for the first two questions is no but it is permissible to fire on a 15-year old if he or she is firing at you.

Correction: The text was amended to show that it is permissible to fire on a 15-year old if he or she is firing at you. 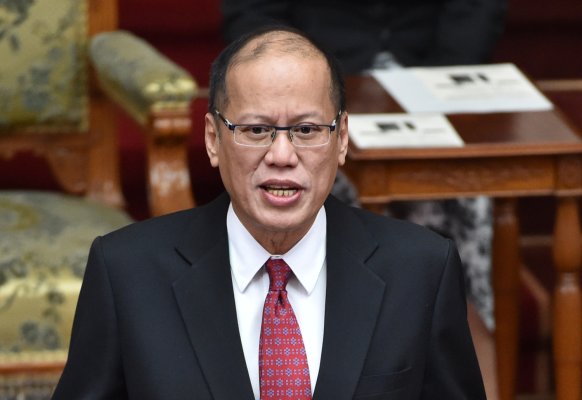 Philippines President: China Is Like Nazi Germany
Next Up: Editor's Pick