Here's Everything Apple Could Announce at WWDC 2015

Apple’s annual Worldwide Developers Conference is upon us, and it’s promising to be an event full of big announcements. New operating systems for the iPhone, iPad and Mac are expected to be announced, as well as a huge expansion in Apple’s music apps and services.

Here’s a full breakdown of what’s expected to be announced when WWDC gets underway Monday (and here’s how to watch live):

WWDC is historically the time Apple unveils its latest software, and this year should be no different. iOS 9, which should come out in the fall around the time of a new iPhone, isn’t expected to have quite as many new bells and whistles as iOS 7 or iOS 8. A big focus will be on stability, bug fixes and making the OS work with old devices like the iPhone 4S, according to 9to5Mac.

Still, some big new features could include transit routes in Apple Maps, a dual-app viewing mode for the iPad, and a new digital assistant interface codenamed “Proactive.”

Much like its mobile OS, Apple’s new operating system update for laptops and desktops, Mac OS X 10.11, is expected to mainly focus on under-the-hood improvements. A new security system called “Rootless” (also expected in iOS) is expected to boost security by blocking user access to certain files. Macs may also get a new typeface based on the San Francisco font, which is already being used on the Apple Watch.

Apple is finally throwing its hat in the music streaming ring, according to the Wall Street Journal. The company is expected to announce a new music subscription service that costs $10 per month for unlimited access to millions of songs. Unlike Spotify, Apple isn’t expected to have a free, ad-supported tier of the service; however, the company may make select songs free for promotional purposes. In an unusual move, Apple is also planning to make the service available on Android devices, according to the Journal.

Apple’s first big push into music streaming was the Internet radio service iTunes Radio, which launched in 2013 but has failed to put a big dent in Pandora’s market dominance. The company is planning to retool the service with a big focus on celebrity DJs. Apple recently hired BBC radio DJ Zane Lowe, reportedly to lead up the iTunes Radio revamp. And according to multiple sources, the company is trying to lure music stars like Drake and Pharrell to DJ as well, with contracts valued as high as $19 million.

One thing that won’t likely be announced: Apple’s upcoming pay-TV service. According to Re/code, Apple has been forced to postpone plans to unveil its upcoming service that would deliver live TV via the Internet. The company is still stuck in negotiations with networks, and in particular is trying to wrangle the streaming rights for local broadcast stations across a variety of markets. Such a feature would help Apple’s service stand out from other cheap cable alternatives like Sling TV. 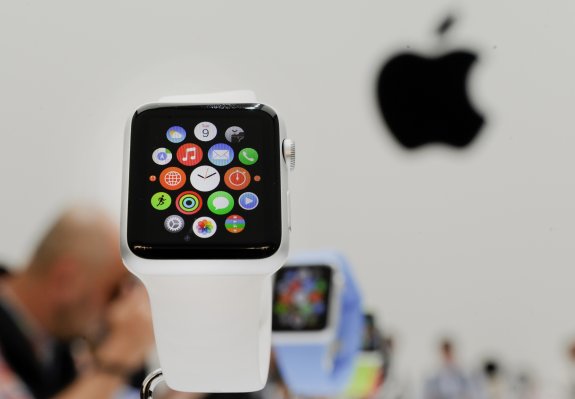 The Apple Watch Is Finally Coming to Stores
Next Up: Editor's Pick