Six Seasons and a Board Game? Community's Touching (Possible) Goodbye

Community was always its own best critic. And its own best defender. And its own best analyst, and parodist, and fan-fic writer. In “Emotional Consequences of Broadcast Television,” the last episode of Community’s season 6–and maybe its last episode ever–we got a bit of each of those, as the show threw itself a suitably strange but touching this-could-be-goodbye party.

To quote creator Dan Harmon’s final disclaimer from the finale’s board-game tag, the playful, self-referential series always walked a line: “Some episodes too conceptual to be funny. Some too funny to be immersive, and some so immersive they still aren’t funny.” From its setup–each remaining character gaming out a potential “season 7” for Greendale–“Emotional Consequences” sounded like one of Community‘s big, meta winks. And it was, but the best kind, in which the mind-gaming both played for laughs and showed how intimately Harmon and company know the characters, both old and new.

So yes, each iteration of the season-7 gag was a self-aware riff on the TV-ness of this TV show: how it’s developed familiar rhythms, setups, and call-and-response patterns. But as the trope repeated and repeated, it developed layers. Each version of the future study group didn’t just reveal the personality of the character inventing it. The vignettes also revealed aspects of the other characters, whose pictures only become complete when we see how they’re perceived by the others around them.

When you title a sitcom “Community,” the individual-vs.-group themes are going to be glaring no matter what. But this final burst of imagination was meta in the best way; it wasn’t just breaking the fourth wall for easy laughs, but rather using the stories to show how the characters’ identities–anyone’s identities, really–are a group construct, not simply an individual creation.

You are a person, but you–the idea of you–are also the collective perceptions of those around you. If you imagine yourself fabulously clothed and everyone else around you sees you flailing in a diaper, for better or worse that is part of the construct of yourself. What “Emotional Consequences” illustrated was a sophisticated idea: that when you spend the years in the company of other people, to some extent you do belong to them and not just yourself. You will always be an individual, but you will also be yourself as understood by those who know you; that’s what will survive after you go to Quantico, or head to Los Angeles, or, like Jeff, stay home as everyone else moves on.

Some critics, myself included, have dinged Community sometimes for its “remember, this is a TV show” humor and use of inside jokes. (One of which Chang acknowledged when the farted over Abed’s fourth utterance of “cool,” representing the much-maligned Harmon-less season 4.)

But there’s also a deeper, sweeter aspect to the series’ “Life is like a TV show” philosophy. A study group is a collective endeavor. And so is a TV show: a character is the joint project of a creator and a writers’ room and a performer and directors and crew. And so is your life: you are yourself, of course, but you are also how your parents have shaped you and what your friends have done with you and what your loved ones will say about you after you are gone.

Community‘s sixth season on Yahoo Screen gave Harmon and company the chance to experiment–there were the longer end tags and, this last episode, multiple “f*ck”s–but in the end it came back to its original theme of people fixing each other. And it made its meta-ness more than a joke.

That dark final tag, in which the Community-game-playing family realizes that they’re simply creations in a story, was brilliantly twisted (an example of the dark humor Harmon has employed on Yahoo and also on his Adult Swim cartoon Rick and Morty). But it was also ironic. Because as “Emotional Consequences” reminded us, we are all, should we be so lucky, the characters in a story told by the people we know. This doesn’t mean that you “never lived.” Really, it’s the only way to live at all.

If that’s the note Community ends on, then well done. Maybe we will end up getting a seventh season, or some form of a movie, after all. (I’m not sure I’d want to see a show built around Jeff, Dean Pelton and a room of new characters–but never say never.) Community has ended seasons staring down death before. We can’t quite write the show’s obituary yet, given its history of attending its own funeral. But here once again, Community has proven to be its own best eulogist. 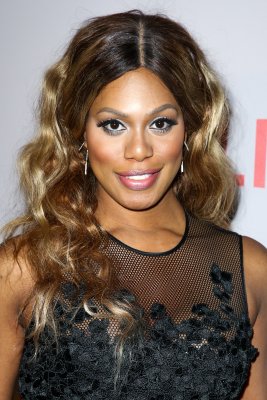