Why the Official Search for Amelia Earhart Was Abandoned

It’s been decades since Amelia Earhart’s last broadcast was received in early July of 1937, and interest in finding out what happened to her has never fully disappeared. That fact was highlighted on Tuesday by news that the International Group for Historic Aircraft Recovery is undertaking a new mission to the South Pacific island where she is suspected to have crash-landed.

But, although the group has said there’s evidence the search will be in the right place, the hunt for Earhart is notorious for frustrating those it captivates—starting with the very first people who tried to solve the mystery.

Earhart had set off from Miami on June 1, accompanied by navigator Fred Noonan, aiming to fly around the world. They had made it a good chunk of the way within the first month, but public interest was sparing. Though Earhart was the most famous female pilot in the world, circumnavigation was no longer such a shocking feat and there was no scientific knowledge to be gained from the flight.

On July 1 they took off from New Guinea, headed across the open ocean bound for Howland Island, more than 1,500 mi. southwest of Hawaii. “With typical stunt flyer’s negligence, Miss Earhart did not bother to reveal her position along the way,” TIME noted the following week. Eventually that vessel picked up a message saying that she was low on gas but could not yet sight the island. That was the last they heard from her.

Initial rescue teams were hopeful—her plane should have floated—but a freak storm struck just as the U.S. Navy was setting out to look for her. Stray radio signals that seemed to be an SOS from her were picked up as far away as Wyoming, but there was no way to know where they were coming from or if they were the real thing.

The following week, coverage of the disappearance had lost some of its initial optimism. “Last week the likelihood was approaching sad certainty that Amelia Earhart Putnam had made headlines for the last time,” TIME noted. Investigation had revealed that the position-update oversight wasn’t the only evidence that Earhart had gotten cocky. Her plane was not equipped with the best navigational tools available, and Earhart had decided that attaching a trailing antenna to it, which would have allowed the Coast Guard ship to ping her craft in order to narrow down the search, would be “too much bother.”

Given mounting evidence of at worst hubris and at best terrible planning, it was getting hard to ignore the cost of looking for her. The Navy had turned out to conduct the search, and TIME reported that it was costing $250,000 a day—and endangering the lives of the searchers—even as the possibility was decreasing of finding either Earhart or Noonan alive.

Finally, the headline in the last issue of TIME that July made the situation clear: “Search Abandoned.”

And it wasn’t just the search that was being abandoned; the whole culture of celebrity aviation was coming to an end. Congress was considering making it illegal for the Navy to spend money on search-and-rescue for flights that were of neither scientific nor commercial value, and government aviation officials were cracking down on permissions for daring flights. “From now on no individual will be permitted to take off on any ocean or round-the-world flight that smacks of a stunt,” TIME quoted the Assistant Secretary of Commerce, John Monroe Johnson.

In January of 1939, Amelia Earhart was officially declared dead. Still, there was no way to stop private groups from looking for her—a hunt that continues to this day. 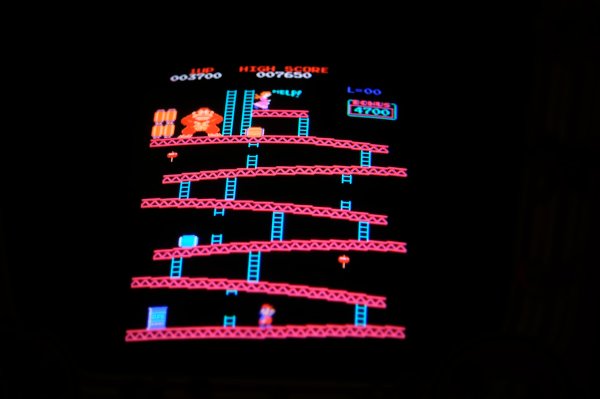 How Donkey Kong and Mario Changed the World
Next Up: Editor's Pick