Schoolchildren offer prayers to the sun god during a yoga session at a camp in the western Indian city of Ahmedabad on Jan. 6, 2015
Amit Dave—Reuters
By Rohit Inani / New Delhi

In a first, India’s state-run carrier Air India is providing yoga sessions for its new cabin-crew recruits and pilots who are currently undergoing training, according to local media.

“We have introduced yoga for the first time in our training module for pilots and cabin crew, as we believe that yoga brings in a sense of discipline as well as help cope better with the stress of the job,” an Air India official told the Economic Times. “Every crew member currently being trained has to attend yoga sessions in the morning at 6:30 a.m.”

The move comes against the backdrop of steps by the country’s Prime Minister, Narendra Modi, to popularize the ancient Indian discipline since coming to power last year. As an avid practitioner of yoga, Modi has appointed a minister to promote traditional medicines and yoga in his government, and pushed for the declaration an International Day of Yoga, now set for June 21, by the U.N. General Assembly.

On May 28, Modi used social media to urge Indians to make the first International Day of Yoga a success.

Modi’s government is also planning a series of events to mark the date in a bid to, as the Prime Minister put it, makes yoga a “mass movement globally.”

Modi himself is expected to lead a public yoga session in the heart of the capital New Delhi on June 21, with the Prime Minister’s Office reportedly issuing a circular asking all senior officials and civil servants to attend.

“It’ll be a 35-minute yoga demonstration programme led by the Prime Minister himself,” a senior government official told the U.K.’s Daily Telegraph. 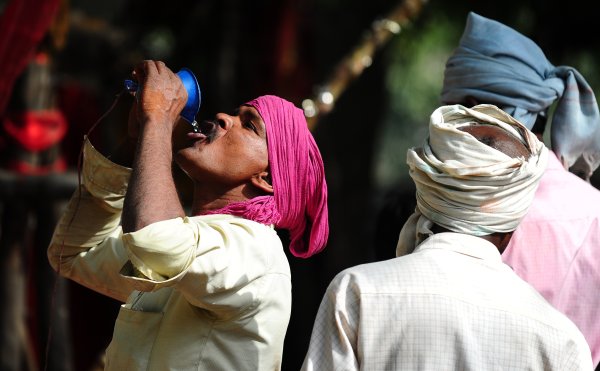 More Than 2,300 People Have Died in India's Heat Wave
Next Up: Editor's Pick