More Than 2,300 People Have Now Died in India's Heat Wave

The death toll from the Indian heat wave has climbed above 2,300, with more than 1,700 succumbing to the blistering conditions in the worst-affected state, Andhra Pradesh on India’s southeastern coast, the Press Trust of India reports.

In the neighboring state of Telangana, nearly 600 people have died.

The figures came as scattered rainfall brought much-needed cooling to some parts of the country, including the capital, New Delhi, where temperatures stood at around 95.9°F (35.5°C) on Tuesday morning — down from as high as 113.9°F (45.5°C) early last week.

However, the main monsoon is not expected to hit the Indian mainland until Friday, according to India’s meteorological department. Moreover, even after the monsoon arrives in southwestern India, it will take many days and weeks for it to spread across the vast subcontinent.

Extreme conditions persist in other parts of the country in the meantime, with temperatures at one location in the country’s eastern Jharkhand state hitting nearly 114°F (45.5°C).

The rising death toll has been partly attributed to official figures being updated to more accurately account for the fatalities last week. Most of the dead are casual laborers who survive on daily wages and are forced to head out in the heat to earn their livelihood, along with the homeless and the elderly who succumb to heatstroke and dehydration.

May is usually the hottest month in India. 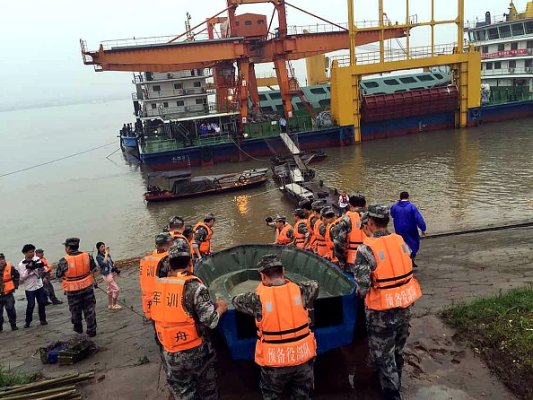