Attorney General Loretta Lynch hit the ground running. After a months-long delay of her confirmation, the nation’s top cop faced a crowded docket of some of the most difficult issues the Department of Justice can face, from domestic police misconduct to a complex international investigation.

The first African-American woman to hold the post, Lynch has gotten high marks so far, though she still faces some major challenges seeing those cases to the end.

On the home front, Lynch announced a review into the Baltimore police department following unrest sparked by the death of a black man in police custody. She then met with civil rights leaders and law enforcement in the city as well as on a separate trip to Cincinnati designed to highlight its success on restoring trust with the black community. For now, she’s managed to keep both sides happy.

“I haven’t seen or heard any place where anything she’s said should be broadly offensive to police,” Ron Hosko, president of the Law Enforcement Legal Defense Fund and a vocal critic of Attorney General Eric Holder, tells TIME. “That’s a plus.”

On the international side, she spearheaded the arrest of international soccer executives on corruption charges, garnering positive attention from the international press. “It was interesting, from this side, that there’s a woman calling the shots for the U.S., and a black woman at that. In particular, going up against football, which is such a boys’ club,” South African sports reporter Thabiso Sithole told the New York Times.

While police misconduct was an issue thrust upon the new attorney general, the charges against FIFA executives were just the latest step in a long-brewing investigation that Lynch began when she served as U.S. Attorney for the Eastern District of New York.

For Lynch’s longtime supporters, the success of her first few weeks has not been surprising.

While working as a federal prosecutor, Lynch brought successful convictions against members of the mafia, terrorists, public officials, gang members and shady bankers. When Obama announced her nomination he said she “might be the only lawyer in America who battles mobsters and drug lords and terrorists, and still has the reputation for being a charming ‘people person.’”

“She’s eminently well qualified for this position so doesn’t surprise me that she would do the job as well as she has done it,” says Ronald Weich, the dean of the University of Baltimore law school and former assistant attorney general in the Obama Administration. “These are challenging times and she seems especially well-suited to take on the demands of the office.”

Still, Lynch faces some tough decisions down the road. She still has to decide whether to bring charges against the New York police officers involved in the death of Eric Garner. Her office is closely involved in many of the Patriot Act investigations that have become a point of controversy in Congress. And as her predecessors learned, there will be issues that no one has even heard of yet to deal with in the future.

“She’s going to get big wins but it’s not the wins that sustain you,” Hosko says. “It’s what you do in the face of conflict. What do you do when things turn bad? How does she navigate those waters? It’s navigating the whitewater that will tell the tale at the end of the day.” 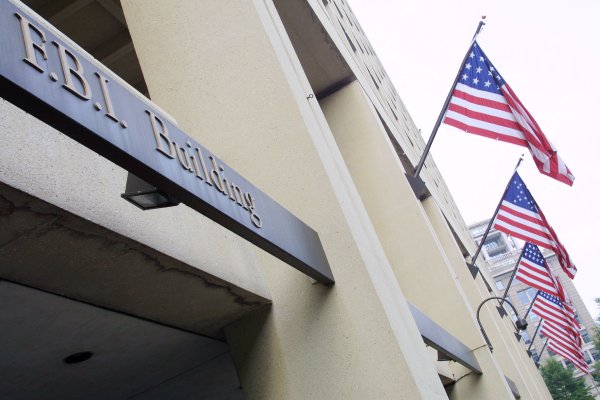 Feds Rule Out Homicide in Mississippi Hanging
Next Up: Editor's Pick