What the Supreme Court Didn't Say About Rap

For months, First Amendment scholar Clay Calvert awaited the Supreme Court’s ruling on whether a threat issued on Facebook in the form of rap lyrics was indeed a threat.

On Monday, Calvert got an answer, but it wasn’t nearly what he or many others in the free speech community had hoped.

“It’s anti-climatic,” Calvert, a professor at the University of Florida tells TIME.

The Court ruled 8-1 on Monday to overturn the conviction of Anthony Elonis, whose violent and derogatory Facebook posts about his ex-wife and the FBI were interpreted as threats. But Elonis argued he was just letting off steam. The court, he said, needed to consider his intent. The Supreme Court on Monday agreed in part, saying prosecutors needed to show that the defendant meant for the messages to be considered as threats and sent the case back to a lower court. The Court on Monday opted not to consider the First Amendment argument Elonis presented, instead focusing on a federal threats law instead.

For Elonis, Calvert says, the decision was a small win since he still faces the possibility of conviction in the lower court. But many wannabe rappers across the country who’ve raised the issue of whether the use of their lyrics in criminal proceedings is a violation of their constitutional right to free speech say this was a missed opportunity.

“Six months [after the oral argument] you get a decision that misses the entire First Amendment question and hones in on this one statute,” says Calvert, who wrote an amicus brief on the issue. “It’s really highly disappointing. It didn’t clarify much in the long run.”

Take the case of Jamal Knox, a Pittsburgh man who was convicted of issuing terroristic threats against police officers in the form of a rap song posted on YouTube. Months after police found heroin on him during a traffic stop, Knox recorded a rap song under the name Mayhem Mal that named his arresting officers and included the lyric “Let’s kill these cops.” He later claimed he didn’t mean the threat, saying he was using his life to inform his art, no different than the poet Langston Hughes or the rapper Tupac Shakur. He even told the court he didn’t mean for the song to be released to the public.

Defense attorneys and the Pittsburgh-based legal organization Legal Means who are working on an appeal for Knox are reluctant to give an all-out praise of the ruling, but one of the attorneys working with Knox says the ruling can been seen as positive.

“It doesn’t take legal expert or a rocket scientist to see that the fact patterns kind of match up and there’s room to be optimistic,” says Daniel Muessig, who is working alongside attorneys Patrick Nightingale and Mikhail Pappas on Knox’s case.

The Supreme Court’s ruling on Monday also made strange bedfellows out of those in the free speech community and the dissenting judges, both of whom found fault with the Court’s failure to address the First Amendment issues of the case.

Justice Clarence Thomas said in his dissent that the failure to address the threats standard head-on “throws everyone from appellate judges to everyday Facebook users into a state of uncertainty.”

Justice Samuel Alito, who concurred in part and dissented in part, in no way agrees that threats should be taken lightly or that Elonis’ notes about smothering his estranged wife with a pillow and dumping her body in a lake should be considered works of art. “A fig leaf of artistic expression cannot convert such hurtful, valueless threats into protected speech,” he writes. But by not explaining what type of intent is necessary to prove his words were a threat leaves far too much room for interpretation.

“This will have regrettable consequences,” he writes.

Muessig says, too, that had the Supreme Court ruled on the First Amendment grounds it would have been better for their cases and others like it.

“The point [Justice Thomas] brought up in his dissent where he said that they didn’t address the issue fully, I think that would have made a lot more sense,” Muessig says. “But, I’m not going to look a rare victory for the underdog in the mouth here.”

The unaddressed issue of speech, though, means rappers and aspiring rappers who’ve increasingly found their lyrics used against them at trial were denied a concrete answer to the question of when recorded rhymes become considered a criminal act or a legally recognized admission of guilt.

Though prosecutors have been using hip-hop lyrics to bolster their cases since the early 1990s, the practice is becoming increasingly popular in courtrooms across the country. In the past three years alone, prosecutors have used rap lyrics to help secure convictions in dozens of cases. Sometimes prosecutors say the lyrics describe the suspect’s alleged crime, as in the case of Ronald Herron, a.k.a. Ra Diggs, who was sentenced in April to life in prison after attorneys tied his rap persona to actual crimes. In other cases prosecutors use lyrics recorded long before a crime to convince grand juries and judges of a suspect’s mindset.

“The Supreme Court case involving threats isn’t likely to affect the larger tradition of using rap as evidence in an underlying crime,” says Erik Nielson, who often serves as a legal expert alongside University of California Professor Charis Kubrin on cases involving the use of rap. “The cases in which rappers’ or aspiring rappers’ lyrics are perceived as threats still comprise a minority of cases.”

Calvert agrees. “They totally missed the rap issue,” he says. “It’s kind of much ado about nothing.” 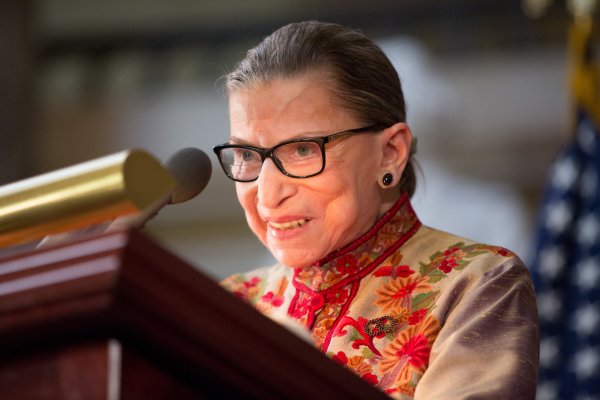