Sen. Bernie Sanders speaks during a rally at the American Indian Center on Sunday, May 31, 2015, in Minneapolis.
Minneapolis Star Tribune—TNS via Getty Images
By Zeke J Miller

Vermont Sen. Bernie Sanders is calling on the Democratic Party to increase the number of debates it is approving this election season and for them to begin in the coming weeks, rather than in the fall.

Under the DNC rules, candidates who participate in a debate outside those six would be ineligible to take the stage at the sanctioned debates. The exclusivity clause mirrors that adopted by the Republican National Committee, which has approved as many as 12 debates for its far larger field.

“In recent weeks, as I have traveled around the country, I have been hearing concerns from voters about the need for vigorous candidate debate,” Sanders wrote. “The people of this country are tired of political gossip, personal attacks and ugly 30-second ads. They want the candidates to engage in serious discussion about the very serious issues facing our country today.”

Lis Smith, a spokeswoman for former Maryland Gov. Martin O’Malley, backed changing the debate schedule. “We believe that the current number of debates is insufficient, the exclusivity requirement is misguided, and we would like to see a much more robust debate schedule.”

The debates will prove to be a pivotal moment for the Clinton challengers, elevating them to the same stage as their better-known and better-liked rival. Clinton aides understandably want to limit her exposure on stage. She backed the DNC rules in a tweet:

But if Clinton’s rivals all abandon the DNC sanctioned debates, or flout the exclusivity rules, Clinton may be in the position of debating herself on stage, or having to appear in more contests than she would have preferred.

“We need a lot more debates in this campaign,” Sanders said Sunday on Meet the Press. “I hope very much that we can begin with the Democratic candidates at least as early as July, and also [have] Republicans in those debates, as well.”

Sanders’ plan to have Republicans on stage would run into the GOP’s own exclusivity rules and the RNC’s better-organized debate process.

In his letter, Sanders argues that beginning the first debates in the coming weeks will boost voter turnout in the primaries and caucuses, as well as next November’s general election.

In a response Monday afternoon, DNC spokeswoman Holly Shulman said the party was “thrilled” to see Sanders was eager to participate in its official debates but that it would not be looking to add more.

“We’ve already released our primary debate framework, and we believe that six debates will give plenty of opportunity for the candidates to be seen side-by-side,” she said. “We’ll have more details in the coming weeks, and we look forward to Senator Sanders and other candidates participating. I’m sure there will be plenty of other forums for the candidates to make their case to voters, and that they will make the most out of every opportunity.” 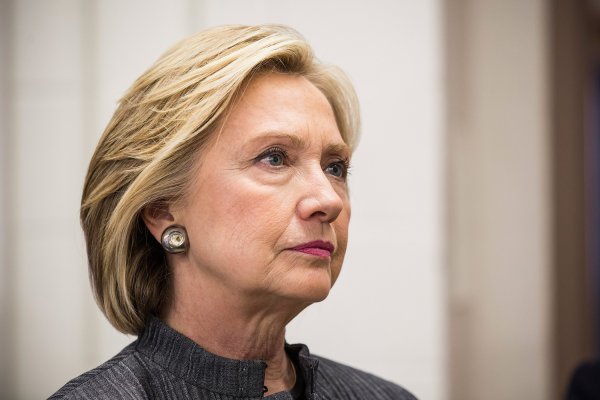 Democrats to Face Off in Six Primary Debates
Next Up: Editor's Pick