Ride-hailing company Uber celebrated its fifth anniversary today by releasing a promotional video that will make you want to summon an Uber ride as much as you want to buy an Apple Watch or a new Macbook.

The company, which now operates in 311 cities and 58 countries, created a near minute-long video titled “What’s your destination,” set in Uber’s hometown of San Francisco. The minute-long video follows various Uber drivers and passengers as they use the service pick up a child from school, attend a school dance, and make some extra cash while pursuing dreams of being a musician.

“We’re all going somewhere. We’re all working toward something,” the narrator says, trying to inspire viewers as much as Apple does when it wants to sell us a new laptop or phone.

Uber, which is rumored to be raising $1.5 billion in new funding at a valuation of $50 billion, got its start as a service that let people hail a black town car through a smartphone app. It later created a service that involves drivers providing rides in their own cars for a fee.

Known as Uber X, that service competes against rival Lyft. The two companies have been battling it out ever since, with price drops and driver-poaching campaigns. There was no mention of that in Uber’s film. Nor did it mention that it was recently sued by Kevin Halpern, an entrepreneur who claims Uber’s co-founders stole his idea. 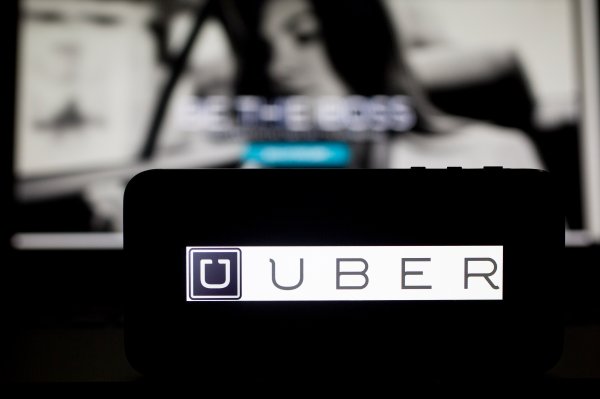 This May Be Uber's Most Controversial Move Yet
Next Up: Editor's Pick