The new smaller version of Apple TV is displayed at an Apple Special Event at the Yerba Buena Center for the Arts September 1, 2010 in San Francisco, California.
Justin Sullivan—Getty Images
By Tim Bajarin

In Walter Issacon’s biography of Steve Jobs, he shares a conversation with Jobs about his vision for the future of TV. Jobs told Issacon that he’d “like to create an integrated television set that is completely easy to use . . . it would be seamlessly synced with all of your devices and with iCloud.” No longer would users have to fiddle with complex remotes for DVD players and cable channels. “It will have the simplest user interface you could imagine,” Jobs said. “I finally cracked it.”

Jobs’ comments have led many to believe Apple was building an actual television. I personally never thought Apple was doing a TV, and instead was planning to improve its Apple TV set-top box instead.

According to a recent Wall Street Journal story, Apple was indeed working on a TV, but the project was killed over a year ago. My sources suggest any prototype TV Apple had was probably used more to explore design issues around a set-top box rather than as an effort towards a standalone Apple TV.

It would’ve been a mistake for Apple to create an actual TV. There’s cutthroat competition in the TV market, with rivals like Vizio, Samsung, LG and others all fighting for a piece of the pie. Apple would have had a tough time competing in this space, where the majority of TV’s sold are in the $500-$1250 range. The margins are thin, too. Jobs once told me one of his principles in governing Apple was that he would not create a product unless he could get at least 20 points in margin. The TV business is lucky if it can get 10 points.

There are still more reasons an Apple TV wouldn’t make sense. The average life cycle for a TV in the home is seven-10 years. The way technology advances, a TV with integrated smarts would be out of date in two to three years. Unless designed with modular components, most TVs would not be able to keep up with the technology and content distribution advancements that come into the market on a yearly basis now.

On top of that, a TV these days is just a screen for delivering content — but the definition of content is changing. It used to be that a TV only had to handle over-the-air broadcast signals. Now it has to deal with new user interfaces, web browsers, advanced intelligence and multiple forms of streaming media. My personal metaphor for understanding the future of TV is that the TV is a dumb monitor and my cable box, Apple TV, Roku or whatever is the personal computer that makes the monitor “smart.”

Apple is expected to give us an update on the Apple TV next week at the Worldwide Developers Conference. I fully expect it to be some type of advanced set-top box that sits next to any TV and delivers the experience Jobs says he “cracked.”

This isn’t to suggest a TV that has a basic operating system, Internet access and services like Netflix, Hulu, HBO Now and so on is worthless. Indeed, since streaming media is just software, and if these TVs can run software to deliver content, then they have value. But as technology advances quickly, the delivery method for these services and enhanced user experiences are best built in a “computer” that sits next to the TV and uses the TV as a monitor. These external TV boxes can have advanced user interfaces that use high-power chips, hardware-driven user interfaces and voice recognition chips. These elements could change the TV viewing experience and be switched out every year as technology improves.

When I look for a TV now, I mainly want one that has the highest screen resolution and the most HDMI ports I can find. This way, I can plug in an external cable box, Apple TV box and Roku as well as external game systems and any other HDMI device I may want to use. To be fair, almost all TVs now call themselves smart since they have Wi-Fi, some type of user interface and, in many cases, streaming media services already installed. But external boxes like Apple TV, Roku and others will give users smarter operating systems, richer interactive interfaces and remotes which will include voice and touch in the future.

This is why Apple decided not to make an actual TV. Although Jobs may have wanted to do one, his successor, Tim Cook, knew that this would be a mistake given TV life cycles. Cook opted instead to deliver all of the intelligence via a TV sidekick. This way, Apple can make any TV smarter, and their customer base for a new Apple TV could include anyone who already owns a television. This is the right move for Apple if they want to deliver on Jobs’ vision to crack the TV market wide open.

Tim Bajarin is recognized as one of the leading industry consultants, analysts and futurists, covering the field of personal computers and consumer technology. Bajarin is the President of Creative Strategies, Inc and has been with the company since 1981 where he has served as a consultant providing analysis to most of the leading hardware and software vendors in the industry. 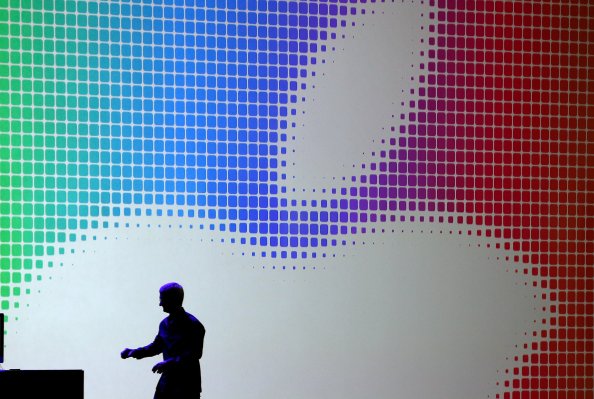 Why You Should Care About Apple and Google's Next Big Events
Next Up: Editor's Pick