Supreme Court May Have Made Online Abuse Easier

Ryan McGinnis—Getty Images/Flickr RF
Ideas
By Soraya Chemaly and Mary Anne Franks
Chemaly is the director of the Women's Media Center Speech Project and organizer of Safety and Free Speech Coalition. Franks is a law professor at the University of Miami School of Law and the Vice-President of the Cyber Civil Rights Initiative.

On Monday, the Supreme Court ruled in favor of a man who posted violent messages about his estranged wife on Facebook. The case, Elonis v. United States, garnered widespread interest and media coverage because it seemed to pose a question that the court had not considered before: whether “free speech” means something different online.

But the court skirted the First Amendment issue, choosing instead to decide the case on statutory grounds. The court ruled that a conviction for violating the federal threat statute cannot stand if it is based only the finding that a “reasonable person” would have foreseen that the statements would be perceived as threatening. Instead, the speaker’s subjective intent in making the statements has to be taken into consideration.

The court’s narrow decision provides little guidance to courts struggling with the issues raised by threatening speech—online or offline—and raises troubling issues for victims of threats, especially in the context of domestic violence.

After Elonis’s wife sought a protective order from him, he posted messages including, “There’s one way to love ya, but a thousand ways to kill ya,” “I’m not going to rest until your body is a mess,” and “Fold up your protective order and put in your pocket. Is it thick enough to stop a bullet?” Elonis also described a school shooting and a fantasy about killing a female FBI agent. He was indicted on five counts of interstate communication of illegal threats and sentenced to 44 months in jail.

While the court did not go so far as to hold that a true threat turns on what the speaker intended to accomplish, the ruling suggests that the determination of what constitutes threatening speech rests with the speaker and not his audience. Looking to a speaker’s subjective intent might allow domestic abusers to create plausible defenses for themselves by claiming that they never really “meant” their threats as threats. Elonis explicitly characterized his speech as rap lyrics, saying that he was emulating rap artist Eminem, whose violently misogynistic lyrics include fantasies about killing his ex-wife and raping singer Iggy Azalea. He also suggested that the statements were a kind of therapy for him, a way of blowing off steam. These explanations seem intended to strip his words of context and provide a plausible defense.

But context is key. Elonis was not a famous rapper doling out violent misogyny for the entertainment of a cheering crowd, or patient struggling with emotional upheaval in a private session with a therapist. He was a man seemingly angered by a woman’s decision to leave him. The context was highly suggestive of a domestic violence scenario, which all too often include psychological terrorism as well as physical violence.

Domestic violence is a system of control involving emotional, financial, and physical abuse, often involving coercion and threats. Elonis’s intent may or may not have been to kill his wife, but he certainly seemed to have the intent to control her through intimidation. Elonis’s threats must be understood in an environment where 40% to 50% of murdered women are killed by people they know well. In addition, the period immediately after a woman leaves a violent partner is often the most dangerous. It is during this time that men are 70 times more likely to kill their spouses.

As Cindy Southworth, executive vice president of the National Network to End Domestic Violence, explained prior to the ruling, “This case isn’t about free-speech—it is clearly about brazen threatening speech. Any reasonable person would interpret direct threats to an estranged wife soon after a judge signed a protection from abuse order as what they were intended: threats. If the court decides against the reasonable person standard, I am very worried about any domino impact on stalking laws in states across the US that rely on a reasonable person standard.”

There’s one bright spot in the decision: The court did not hold that the threatening statements Elonis made were protected by the First Amendment. “We were concerned that the court would hold that the First Amendment requires proof of subjective intent to convict a person of communicating a threat,” explains Sandra J. Badin, a coauthor of the National Network to End Domestic Violence’s amicus brief, filed in support of the government’s argument. “It would potentially have undone years of legislative progress, especially at the state level, to increase protections for victims of domestic violence.”

The court’s ruling also does not mean that Elonis is in fact not guilty of making threats. If the case is retried, and the court finds that Elonis did have a subjective intent to threaten, his conviction will stand.

During the oral argument in December, at least one of the justices was thinking about the potential for domestic violence abusers to go around the law. Justice Samuel Alito observed that Elonis’s position “sounds like a roadmap for threatening a spouse and getting away with it. So you put it in rhyme and you put some stuff about the Internet on it and you say, ‘I’m an aspiring rap artist’ And so then you are free from prosecution.” Alito returned to this point in his concurrence and dissent in Elonis, noting that “threats of violence and intimidation are among the most favored weapons of domestic abusers, and the rise of social media has only made those tactics more commonplace. A fig leaf of artistic expression cannot convert such hurtful, valueless threats into protected speech.”

It’s a pity that the majority of the Court did not appear to be listening. 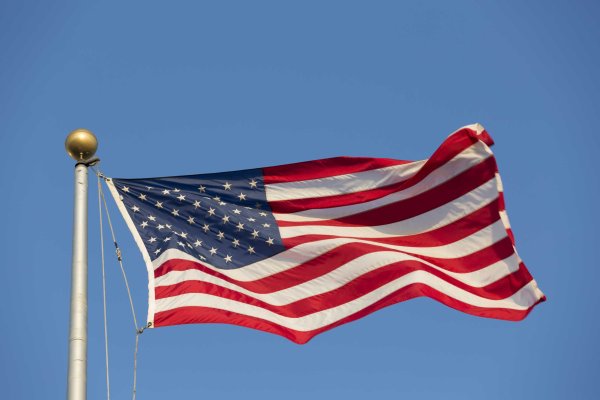 Just Because Something Is Free Speech Doesn't Mean It's O.K.
Next Up: Editor's Pick