By now, the advice from health experts is clear: we should all sit less. That’s different from their advice to exercise more, because recent research shows that even regular exercise may not make much of a difference if you spend the rest of the day planted on a chair.

Now, the UK government’s Public Health England and a community advocacy group, Active Working CIC, have combed through the data on sitting and developed the first set of recommendations to let people know exactly how much time they should spend standing each day.

According to the recommendation, written by health experts and published in the British Journal of Sports Medicine, people should aim to stand at least two hours a day during working hours. This doesn’t have to be all at once, but can be broken up into small periods of standing, pacing, fidgeting or walking—anything but sitting still.

It’s merely a recommendation, not a health mandate, the authors stress, and they don’t even suggest it as guidance that doctors should use to prescribe specific amounts of non-sitting behavior a day. But getting people to think about how much time they spend on their seats and how little time they spend on their feet is the point, the authors say. According to the data cited in the paper, an office worker spends up to 75% of his or her day sitting, and more than half of that comes in long episodes of nearly inert sedentariness lasting 30 minutes or more. Sedentary behavior is linked to a higher risk of chronic conditions such as diabetes, obesity and heart disease. “This is an initial guidance, which we do expect to have to evolve with time,” says John Buckley, from the Institute of Medicine at the University of Chester and lead author of the paper in a statement. “As we get more evidence we will hopefully gain more precision.”

Standing for at least two hours a day is just a first step; the recommendation encourages a standing goal of four working hours a day, roughly half of your working life. Even if you can’t leave your desk long enough to take a walk, trips to the break room or restroom count—as does anything that breaks up a long stretch of time in a chair.

Buckley and his group are already working on gathering more scientific data to refine the recommendation and help employers, workers and doctors get a better handle on how much non-sitting is needed to improve health. The researchers are studying a Virgin Media call center in Sheffield in the UK, where employees are given a choice of a sit-stand desk; the scientists hope to learn more about switching up working positions can impact health, as well as productivity and performance.

MORE: Sitting At Your Desk Is Killing You. Here’s What It Costs To Stop the Destruction

“This is so new, so we’re very excited about seeing whether some of our theories that we’re testing will become clearer,” he says. And hopefully by then, more of the world will be standing when they read the results. 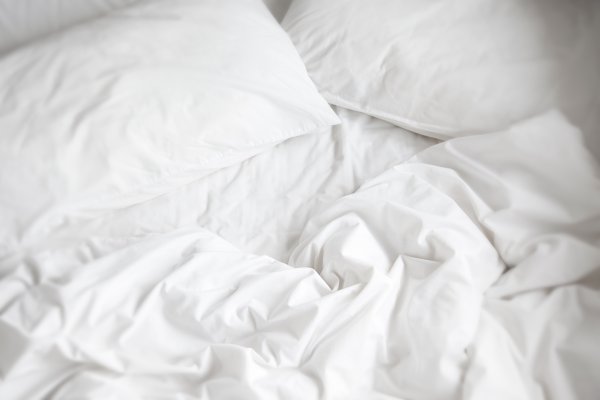 Go to Sleep: It May Be the Best Way to Avoid Getting Alzheimer’s
Next Up: Editor's Pick