Greek Prime Minister Alexis Tsipras (C) makes statements to the media as Finance Minister Yanis Varoufakis (2nd L) looks on after a meeting at the ministry in Athens May 27, 2015.
Alkis Konstantinidis—Reuter
By Geoffrey Smith / Fortune

It’s looking more and more like Greece is going to need a new government before it gets a deal with its creditors that will solve its debt crisis.

Over the last couple of weeks, the idea has gained ground that Prime Minister Alexis Tsipras is the only source who can be relied on to give an accurate idea of how the Greek government’s attitude towards the debt negotiations is proceeding. If that’s the case, then Monday’s press makes for some dispiriting reading.

In an incendiary op-ed piece in the French daily Le Monde, Tsipras lashed out at the country’s creditors, accusing them of “absurd proposals and displaying a total indifference to the recent democratic choice of the Greek people.”

“If we haven’t arrived yet at a deal with our partners, it’s not because of our intransigence or incomprehensible positions, but rather because of the obsessions of certain representatives of institutions,” Tsipras said, once again appealing over the heads of the ‘technocrats’ of the IMF, ECB and European Commission to the democratically-elected heads of other Eurozone countries.

The piece runs to just under 2,000 words and omits any admission of responsibility for the state of Greece’s economy, other than to blame previous governments for turning a blind eye to tax evasion by the rich. The economy had shown signs of bottoming out in 2014 before Tsipras’ Syriza party won parliamentary elections in January. Figures released on Friday showed the country had since fallen back into recession in the first quarter, while deposits at Greek banks fell to an 11-year low as companies and businesses pulled their money in an effort to protect themselves against a looming exit from the Eurozone.

Before the weekend, Tsipras and others in Athens had expressed confidence that they would be able to break the deadlock over the remainin €7.2 billion in the country’s bailout fund–claims that were universally denied by the other sides in the negotiations. As such, some analysts said Tsipras needed to refocus attention away from another hollow claim.

But others took it as a signal that even Tsipras is now giving up hope on getting a deal that he can sell to his radical left-wing party, a large minority of whose lawmakers has already called for a “total rupture” with the creditors.

In a note to clients Monday, Goldman Sachs warned that “the platform on which the current Greek government was elected–retaining the euro but with no further adjustment and/or external oversight–is not feasible. Facing this reality, a new political mandate–and thus a new government, a referendum or elections–will be required in Greece.”

Goldman’s analysts also warned that default and capital controls “may be necessary…in order to break the current impasse in negotiations.”

Analysts at Bank of America-Merril Lynch also poured cold water on Tsipras’ attempts to curry favor with other governments by pouring his scorn only on the technocrats, seeing it as out of touch with reality in other Eurozone capitals.

Among the reasons why the Europeans feel they can afford to apply massive pressure on Greece is a sense that, contrary to three years ago, the idea that Greece could set a general pattern for the whole periphery is much less credible,” analysts at BAML wrote Monday. “Ireland and Portugal have successfully exited from the programmes, Italy is much more stable politically and Spain much stronger economically. Greece now is very much in a league of its own.”

Most Popular on TIME
1
Officials Possibly Exposed to COVID by Trump Jr. Girlfriend
2
Trump Vows to Protect U.S. 'Way of Life' From 'Leftists'
3
FDA Head Declines to Defend or Deny Trump Claim That 99% of COVID-19 Cases Are 'Totally Harmless' 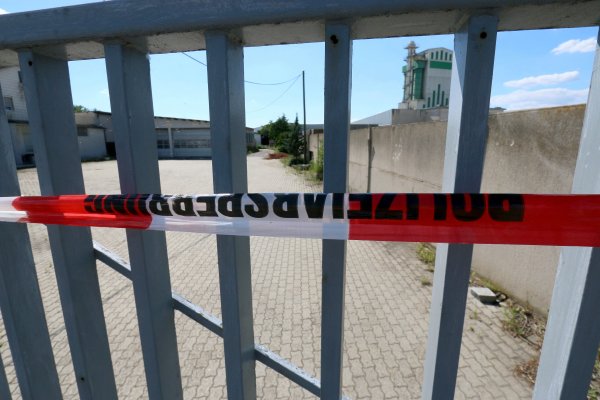