In Jun, a small town in southern Spain, if you have a complaint about local services, a suggestion for the authorities or a need to know when the trash is collected you had better do it in 140 characters, or less.

That is because in Jun the local council’s communications have been shifted to Twitter, which the town’s mayor says has greatly benefitted its 3,500 residents.

“It has meant a radical change,” says José Antonio Rodriguez Salas, or @JoseantonioJun as he’s known on the social networking site, the town’s mayor. “The fact that citizens in general and all employees at the town hall in particular have Twitter has meant that the civil servant’s work is visualised and this has contributed to empower them and make them a direct part of the government of the town.

“Who valued the street sweeper’s work before? Now, the street sweeper is able to interact with citizens, solve the problems brought forth on Twitter and, very importantly, his work for the community is made visible, ” says Rodriguez Salas. “This has led to great efficiency among the employees’ and citizens’ recognition. Before, citizens only came across politicians or employees who were chronically deaf, who never listened.”

Despite the size of Jun, the mayor has some 339,000 followers, and tracks another 182,000 people. In this tweet, the mayor warns of heavy rain close to Jun:

The move has redefined what is meant by direct democracy. Anyone with a Twitter account in Jun can contact any number of people who provide services. If you have a question about crime, or indeed, if you have just witnessed one, rather than calling the police, in Jun you could as easily take to Twitter and contact @PoliciaJun, even if the town only has one servicing police officer. Here, the police warn that barbecues are prohibited from June 1 because of the high risk of fire.

Twitter has become almost as well known for its trolling as its usefulness as a means of communication, but Rodriguez Salas denies that by using Twitter, his time is taken up answering pointless complaints and frivolous remarks.

“Before the mobile phone was ringing non-stop,” he says. “Now, I have managed to have access to Twitter whenever I can and I deal with and solve all issues personally. In the last four years of government in Jun I have dealt with 118,266 issues via Twitter, that is, 81 a day.”

That seems like a lot for a mayor who as well as answering his public’s complaints is also responsible for maintaining services and the local government.

Spain, and especially Andalusia, has faired badly since the start of the financial crisis in 2008, and across the country people are angry about cuts and corruption perpetrated by politicians. But Rodriguez Salas argues that Twitter has helped his local administration appear more transparent, something, he says, has led to the public in Jun having a healthier respect for politicians.

“Of course, if I do not reply within an hour, they get worried. The idea is that Twitter should not be used as a 140-character advert for you political party or institution. When you are as natural as a freshly squeezed orange juice citizens trust you and write to you and wait for an honest reply [which is publicly available to everyone].”

Like elsewhere in Andalusia, Jun has its fair share of elderly residents, and those for whom social networks, possibly the internet, and even mobile phones are an anathema. Phone numbers for council services still exist in Jun but the local authority has also tried to ensure that the new technology is embraced by all so everyone has access to the same level of service. “Since 1999, we [the Jun authorities] have taught the elderly to use the internet in access centres,” says Rodriguez Salas.

“There are very curious anecdotes. In an interview [with a Spanish magazine] an 80-year old resident of Jun was found to be flirting with a 33-year old Iberia pilot by passing herself off as a 25-year old girl. Only one year before, that woman could barely write or read and did not know what a computer was. This is the proof that where there is a will there is a way.”

If Twitter is the future, then Jun is at the cutting edge of how can be used by public services. And if Jun’s example is followed by other towns maybe in time a directory hashtags will replace the Yellow Pages in peoples’ homes. 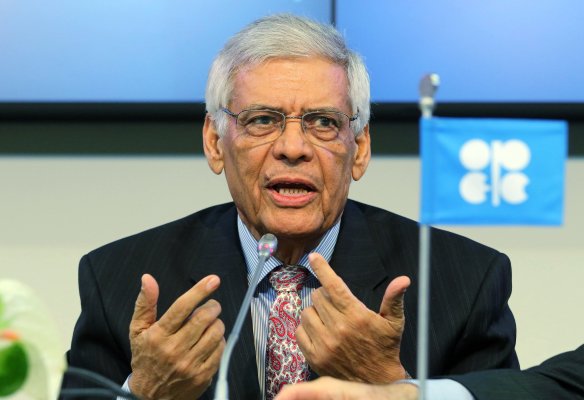 How Long Can OPEC Maintain Its Current Strategy?
Next Up: Editor's Pick