This May Be Uber's Most Controversial Move Yet

With friends like Uber, who needs enemies? That’s a lesson that Carnegie Mellon University may be learning.

The university is reportedly reeling after ride-sharing startup Uber poached 40 of its researchers and scientists earlier this year. The startup was able to lure the talent by offering some scientists hundreds of thousands of dollars to staff Uber’s new tech center in Pittsburgh, one researcher told The Wall Street Journal.

What’s interesting about this new, unlikely rivalry for talent is that Uber and Carnegie Mellon seemingly kicked off the year as friends. The startup and the university in February announced a partnership that included the creation of the Uber Advanced Technologies Center. At the time, Uber said its goal was to work closely with CMU faculty, staff and students both on campus and at the university’s National Robotics Engineering Center to do research and development.

Carnegie Mellon said the center would add local jobs and help further establish Pittsburgh’s reputation for innovation. But the university likely didn’t expect some of those jobs to be at the expense of CMU’s payroll.

Uber’s coup is creating real problems at CMU. The Journal reports the startup hired six principal investigators and 34 engineers. Before the recruiting, NREC had more than 100 engineers and scientists. And perhaps also worrisome for CMU: Uber is still hiring in Pittsburgh. 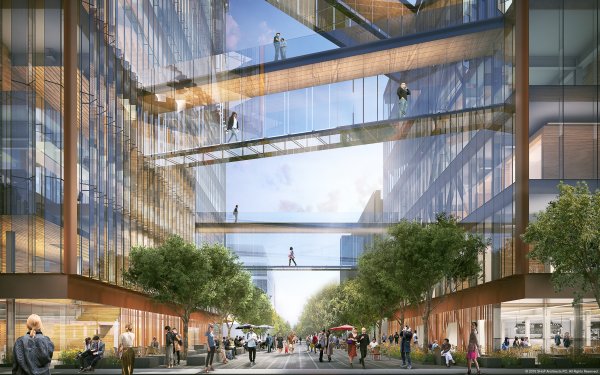 Here's Uber's Plan for a New Sci-fi Headquarters
Next Up: Editor's Pick