Finishing a marathon is difficult at any age, but if you want to know how hard it is at 92 you’ll have to ask Harriette Thompson. The Charlotte, N.C., resident completed the San Diego Rock ‘n’ Roll marathon on Sunday with an unofficial finishing time of 7:24:36, making her the oldest woman to run a competitive 26 miles and 385 yards.

Thompson took up running at age 76 and has been tackling marathons annually ever since, Runner’s World reports. She’s only missed one since then, while she was undergoing cancer treatment.

Cancer has affected Thompson’s life deeply. She lost her husband of 67 years to the disease in January and now struggles with painful wounds on her legs resulting from treatment for squamous cell carcinoma. It’s fitting, therefore, that Thompson runs her marathons to benefit the Leukemia and Lymphoma Society. In the 16 years she’s been running, she has raised over $100,000 for the organization.

Thompson’s son, Brenny, often runs with her, but this year she had more well-known company. Starting up front with the elite runners gave her the opportunity to meet Meb Keflezighi, the New York and Boston marathon winner. But during the race, Thompson herself became the celebrity. “Since I’m so old, everbody wants to have their picture taken with me. Brenny says, ‘Don’t stop her, just take a selfie,’ rather than stop and take pictures all the time, because I’d never get to the end,” Thompson told Runner’s World. 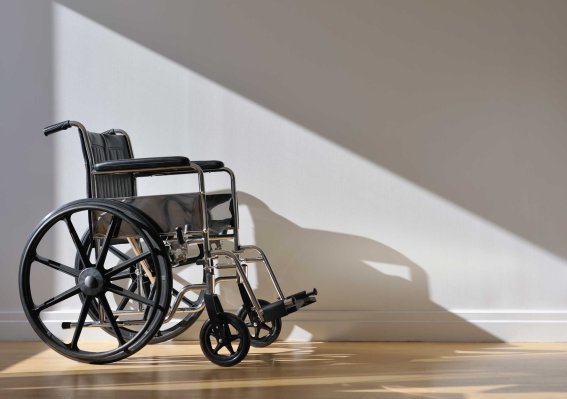 Why More Older Americans Are Suffering From Fatal Falls
Next Up: Editor's Pick