Beau Biden, the son of Vice President Joe Biden who died Saturday at the age of 46, was recently described by the vice president as his “redemption.” Along with his brother, Beau was the light in the terrible darkness that seemed inescapable in the face of Biden family tragedy more than 40 years ago.

Biden’s first wife, Neilia, and 1-year-old daughter, Naomi, were killed in a Christmas time car accident in 1972, just weeks after Biden became the second youngest man elected to the Senate, according to The Associated Press. Biden’s two sons, Beau, who was 3 years old at the time… 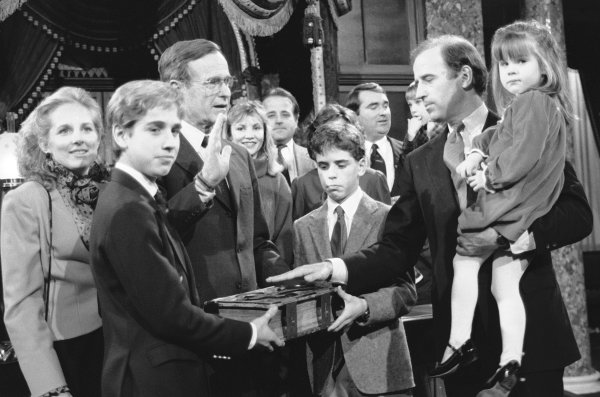 See the Life of Beau Biden
Next Up: Editor's Pick