Half of an Endangered Antelope Population Has Died Within Weeks

More than 120,000 of the endangered saiga antelope have died in recent weeks due to illness, conservation and wildlife officials say, a mystifying loss that represents more than a third of its global population.

“This loss is a huge blow for saiga conservation in Kazakhstan and in the world,” Kazakhstan’s vice agriculture minister Erlan Nysynbaev said in a statement released by the Convention on the Conservation of Migratory Species of Wild Animals, a treaty under the U.N. Environment Programme. “It is very painful to witness this mass mortality.”

Scientists have identified a number of biological and environmental factors that have likely contributed to the deaths but the exact cause remains unclear. Two bacteria pathogens, Pasteurella and Clostridia, have been found in the carcasses but neither were considered the lethal cause unless the immune system was already weak.

Adding to scientists’s confusion and frustration, the mystery ailment leaves no survivors when it hits a herd. “The scale is absolutely unprecedented,” Dr. Aline Kuehl-Stenzel, a coordinator of the Convention, told the New York Times.

More than 90% of the world’s saiga population lives in Kazakhstan, where officials have worked to support the species’ population growth and anti-poaching measures. Researchers estimated that 250,000 of the species, which has experienced mass die-offs in the past, lived worldwide earlier this year and was spread out over five Asian nations. 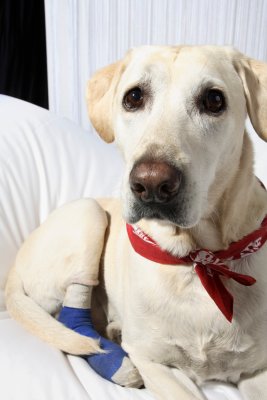 Man Takes His Dying Dog on a Cross-Country Road Trip
Next Up: Editor's Pick