“It is with broken hearts that Hallie, Hunter, Ashley, Jill and I announce the passing of our husband, brother and son, Beau, after he battled brain cancer with the same integrity, courage and strength he demonstrated every day of his life,” the Vice President said in a statement.

An Iraq War veteran and Bronze Star recipient, the younger Biden was a rising star in democratic politics. He declined to run for reelection in 2014 but was seen as a likely contender for his state’s governorship in 2016.

“More than his professional accomplishments, Beau measured himself as a husband, father, son and brother,” the Vice President said. “His absolute honor made him a role model for our family. Beau embodied my father’s saying that a parent knows success when his child turns out better than he did.”

“Beau Biden was, quite simply, the finest man any of us have ever known,” the family said.

The elder son of the Vice President, Beau, along with his brother, Hunter, survived a 1972 car crash that killed their mother and sister. Beau, who suffered a stroke in 2010, and was admitted to MD Anderson Cancer Center in Texas in 2013, is survived by his wife Hallie, and his children, Natalie and Hunter.

In a statement Saturday night, Delaware Governor Jack Markell said his family was “shattered” by the loss and extended “his deepest sympathies” to the Biden family. Calling Beau “an outstanding Attorney General, lawyer, soldier, and father,” he said, “I feel privileged to have served with him and Delaware is a better place thanks to him.”

Obama quoted the poet William Butler Yeats in a tribute to Biden saying, “I have believed the best of every man,” [Yeats said]. “And find that to believe it is enough to make a bad man show him at his best or even a good man swing his lantern higher.”

“Beau Biden believed the best of us all,” Obama added. “For him, and for his family, we swing our lanterns higher.” 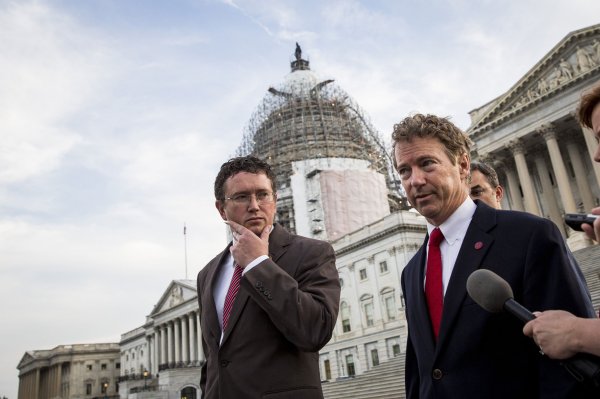 I Will Stop the Illegal NSA Spying
Next Up: Editor's Pick