A lawyer visiting Daron Wint, the man charged in the murder of a wealthy Washington, D.C. family, says Wint couldn’t have committed the quadruple homicide because he hates pizza.

Robin Flicker, a lawyer who has represented suspect Wint in the past but has not been officially hired as his defense attorney, says police are zeroing in on Wint because his DNA was found on pizza at the crime scene. The only problem, Flicker said is that Wint doesn’t like pizza.

“He doesn’t eat pizza,” Flicker told ABC News. “If he were hungry, he wouldn’t order pizza.”

Wint is accused of murdering American Iron Works CEO Savvas Savopoulos, his wife, Amy, their 10-year-old son Philip, and the family’s housekeeper, Vera Figueroa, before setting their mansion on fire. The three Savopoulos family members will be buried on Monday. They are survived by two older daughters, who were away at boarding school at the time of the murder.

Flicker told ABC that police have “blinders on” when it comes to Wint, and that they’re not actively looking for other suspects. “They believe, perhaps honestly, that they have the man,” he said. “But as a result of that they’re not looking elsewhere. They’ve closed their eyes.” Police have said they’re looking for accomplices, since they do not believe Wint acted alone. 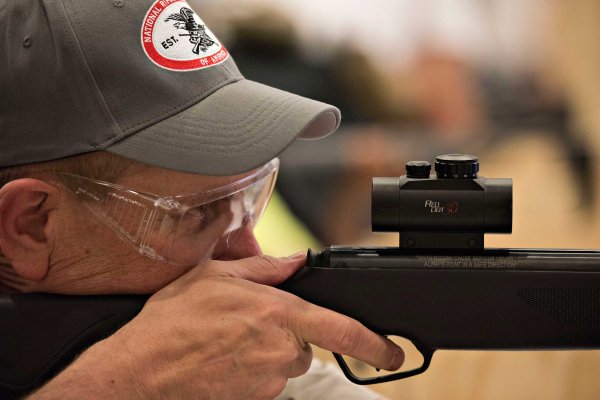 Air-Powered Guns Linked to Soaring Rates of Eye Injuries
Next Up: Editor's Pick